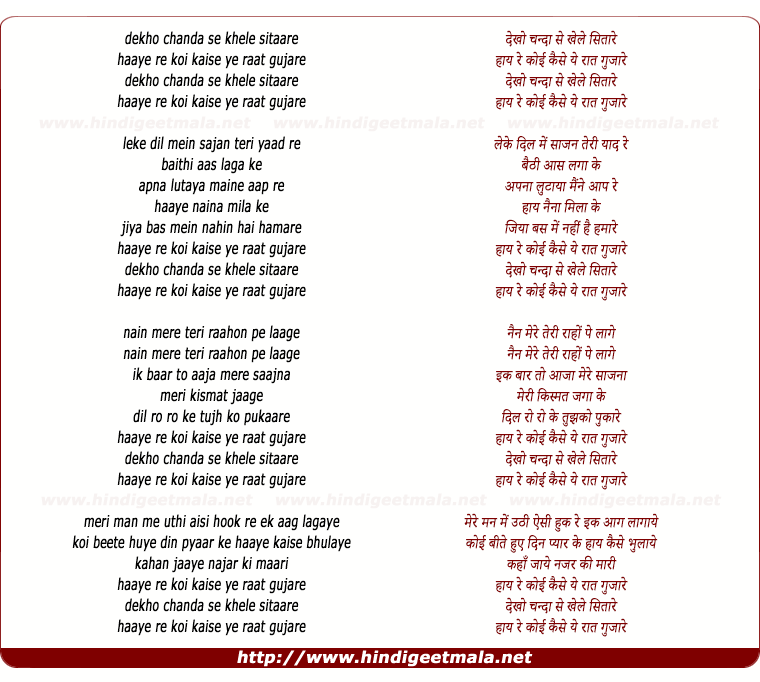 Comments on song "Dekho Chanda Se Khele Sitare"
Bharat Gul on Tuesday, August 12, 2014
A beloved song, rendered to a tune similar to that of the Punjabi song
Naale Lammi Te Naali Kaali sung by Lataji in the film Lacchi, also composed
by Hansraj Behl( You can enjoy that clip, posted by Ajay Yuvraj, and seen
in a box at the right on this very page). Madhubala Zhaveri's sweet voice
here sounds like that of a musically precocious teenager. Thanks, JS.﻿

Priya MyMusicalHeaven on Tuesday, August 12, 2014
What a sweet song in a sweet voice. Glad to have learned about this song
with the same tune as the famous Punjabi song in Lataji's voice -- that is
a very sweet song and has been one of my favs. Indeed, Jitenderji's channel
is a treasure trove of musical gems. Thanks to him for uploading this
precious song. ﻿