Average Rating : 4.33
Total Vote(s) : 123
Please rate this song between 1 star and 5 stars (5 stars being the best). Just move your mouse on the stars above and click as per your rating. Your rating will really help us to improve our website. 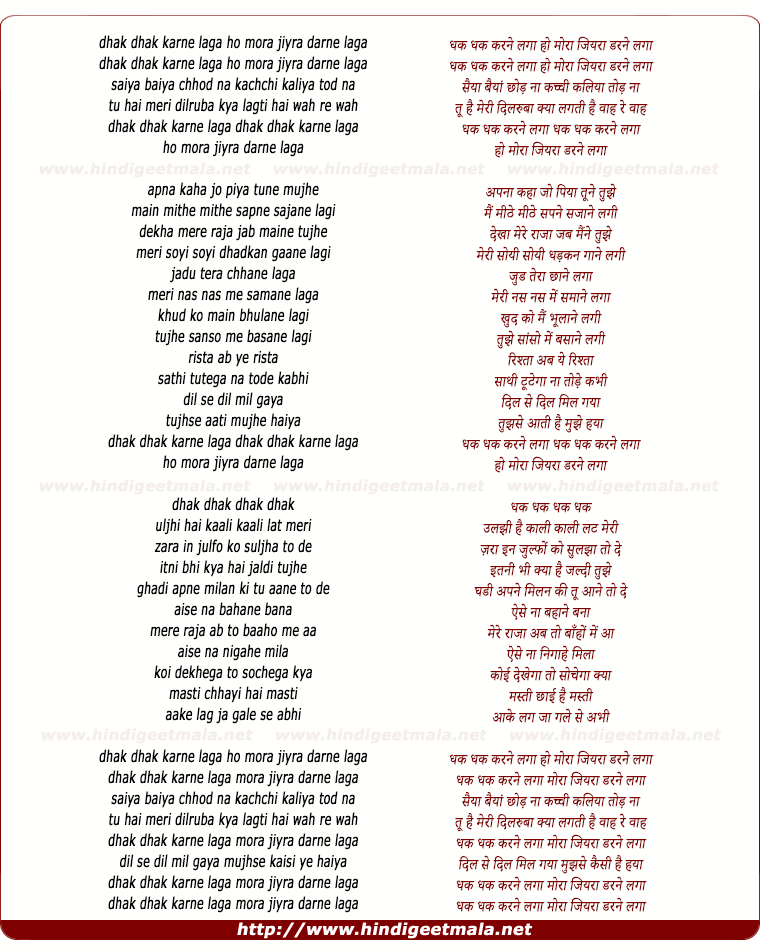 Comments on song "Dhak Dhak"
neerajmjj on Sunday, May 19, 2013
I like both song, both of them are good for their era and the requirements
of the script. I dont think any of them is whorish. About the singer's
voice, they did not want to remake exactly the same because then you would
say "she is a copycat" It has to match the script and current era, but it
is also a tribute to Madhuri, since the remix came out, many people went to
the Madhuri version of that song, many youngsters didn't even know about
that song, now they know it thanks to the remix version.

jimmyc871 on Tuesday, April 02, 2013
i like dis song...whats wrong with this song...why u people start comparing
songs n films like dis...that era has gone...the stars at that time were
legends n nobody can replace them...if u rather concentrating on song look
at new talent...u wont mind if they are copying old songs with new beats...
:)

vasanth0x55tube on Thursday, June 13, 2013
FYI, the so called original song in hindi, starring anilkapoor and madhuri,
is itself a remix of the real original song in telugu, starring chiranjeevi
and sridevi, composed by indian music god Ilayaraja. What a mesmirizing
composition that was...!