Video of this song from youtube
Average Rating : 4.36
Total Vote(s) : 33
Please rate this song between 1 star and 5 stars (5 stars being the best). Just move your mouse on the stars above and click as per your rating. Your rating will really help us to improve our website. 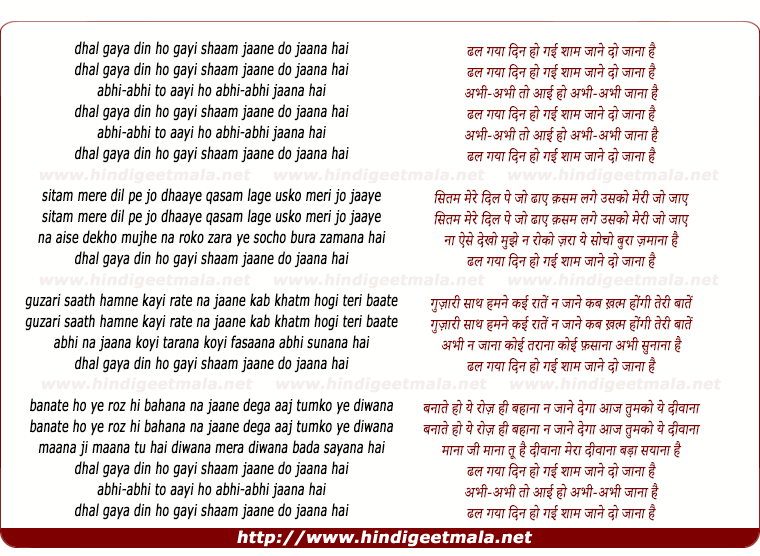 ssshakarwal on Wednesday, August 29, 2012
only jeetu was an actor who used to dance in films in 70's, so he was very much popularamong actors.leena and jeetu has shown their talent in this song. music of the song is very much entertaing. A good selection.

smarthawk on Saturday, February 04, 2012
Really amazed to see how did they synchronized the words and the timings to hit the ball at the same point, in those old days without any advanced time control equipments. a good one though...
abshaik1011 on Wednesday, August 24, 2011
very very sweet voice of MOHAMMAD RAFIJI. and the choreography is superb
Dior4im on Sunday, August 12, 2012
Lol they r like kids. Jumping n frolicsome. Bt i enjoyed
View all 10 comments related to song Dhal Gayaa Din Ho Gai Shaam Jaane Do Jaanaa Hai
Popular Links on HindiGeetMala