Video of this song from youtube
Average Rating : 4.53
Total Vote(s) : 19
Please rate this song between 1 star and 5 stars (5 stars being the best). Just move your mouse on the stars above and click as per your rating. Your rating will really help us to improve our website. 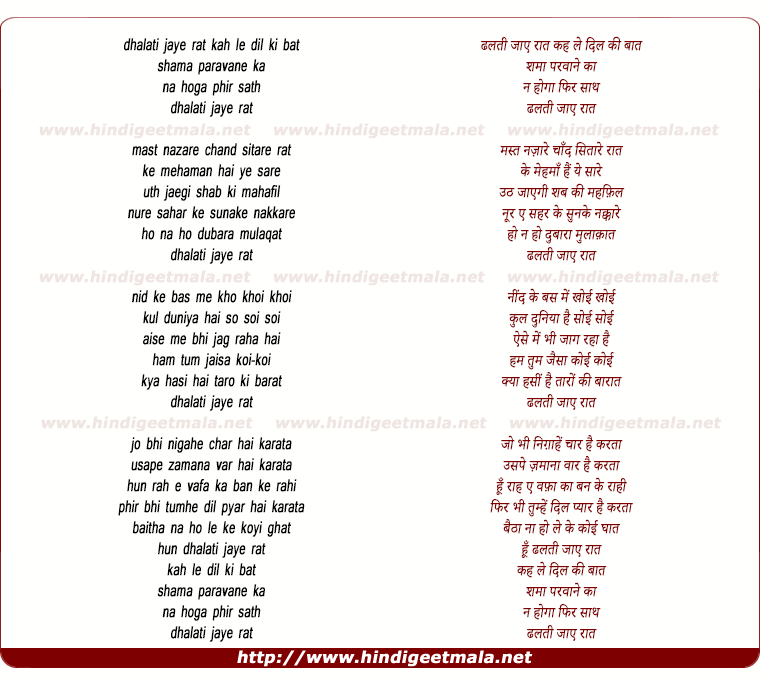 zahid hussain on Friday, January 16, 2015
Last day the song was sung by Khalid baig and madam Mughera in Geo TV
program "Khabarnak". Great to listen. I agree with Mr. Surendra Cholkar.
This song is not extended play here. From where we can get the extended
song. Great words for entire team whcih created this immortal song. I
solute them all.﻿

sunil4554 on Wednesday, April 01, 2009
thanks! one of my most hummed song.. i don't sing well!!
just, last week i set it on my keyboard (yamaha) what a beautiful composition.