Video of this song from youtube
Average Rating : 4.06
Total Vote(s) : 216
Please rate this song between 1 star and 5 stars (5 stars being the best). Just move your mouse on the stars above and click as per your rating. Your rating will really help us to improve our website. 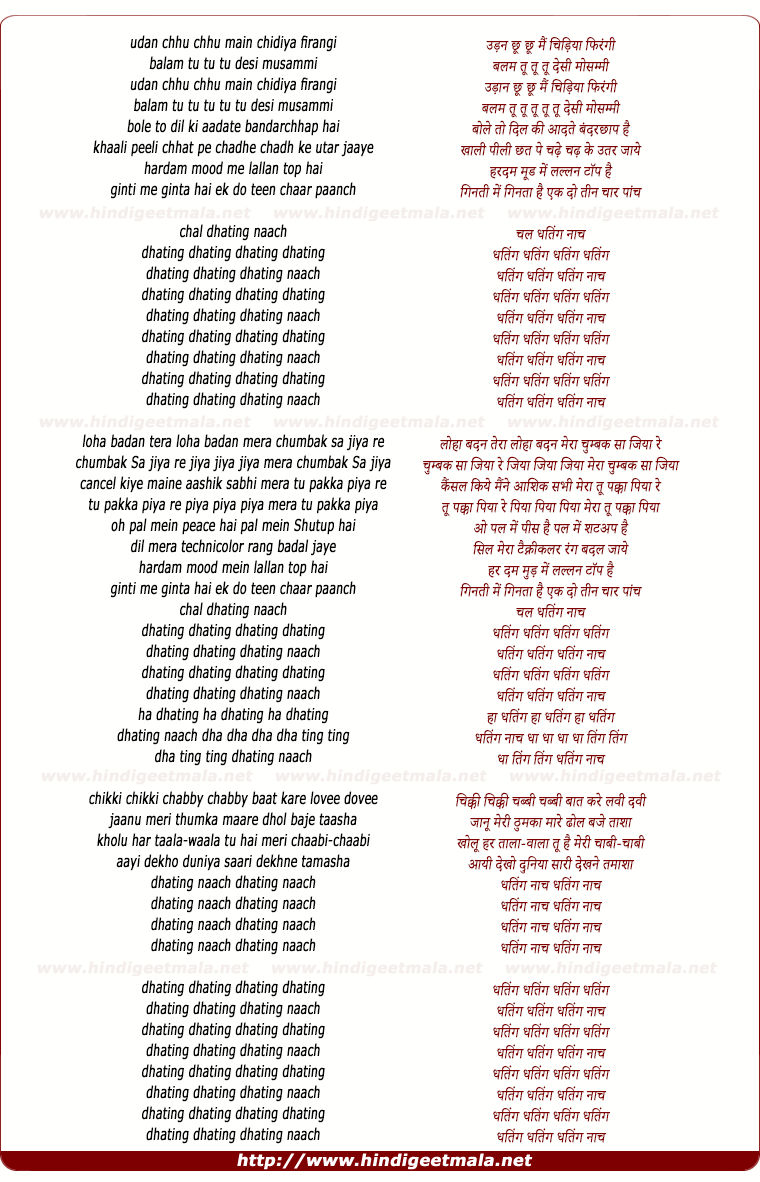 Comments on song "Dhating Naach, Ginti Me Ginta Hai"
Kamran A on Thursday, September 05, 2013
Dear Bro, Phata Poster is an over the top comedy movie..so his acting has
been adjusted accordingly..while Besharam is also of the same genre
but.with a different touch..it basically depends wat your director wants
from you, if you wanna compare shahid to ranbir ...then i suggest we wait
for the movie.to release and compare it to 'Ajab prem ki gazab kahani'
.since both were of the same type and from the same directors! and im
talking abt acting..not the money the film rakes in!

Sophie S on Monday, September 02, 2013
oh please there is no need for ugly fights here..Everyone is here to enjoy
and checkout the song. take your filthy words somewhere else. Both are good
actors..everyone has different choice and opinion. NO NEED to demean anyone
at the expense of other. Those who like SK, enjoy. those who prefer RK go
watch his stuff and try to be civil

Kamran A on Monday, September 02, 2013
Its so sad..that even after being in the film industry for so many
years..Shahid is being compared to a newbie like Ranbir (not taking away
his success), but Shahid is a better actor in all aspects than Ranbir (im
sorry ..im doing the same, but just so the people should know)!

Samia Rahman on Saturday, November 30, 2013
what's wrong with Youtube & the uploaders!!! No full songs at all! These r
just official songs not the uncut ones!! I used to get the full versions
after the movies release but, now moths get passed & we don't get uncut
full versions of bollywood songs!!!﻿

Anuja Thatte on Wednesday, September 04, 2013
what is with the sudden obsession with south indian music?! This sounds
like a slightly altered version of lungi dance or 1, 2, 3, 4. There are so
many great south songs with different beats...I hope bollywood does not get
stuck with this single style...