Average Rating : 4.50
Total Vote(s) : 14
Please rate this song between 1 star and 5 stars (5 stars being the best). Just move your mouse on the stars above and click as per your rating. Your rating will really help us to improve our website. 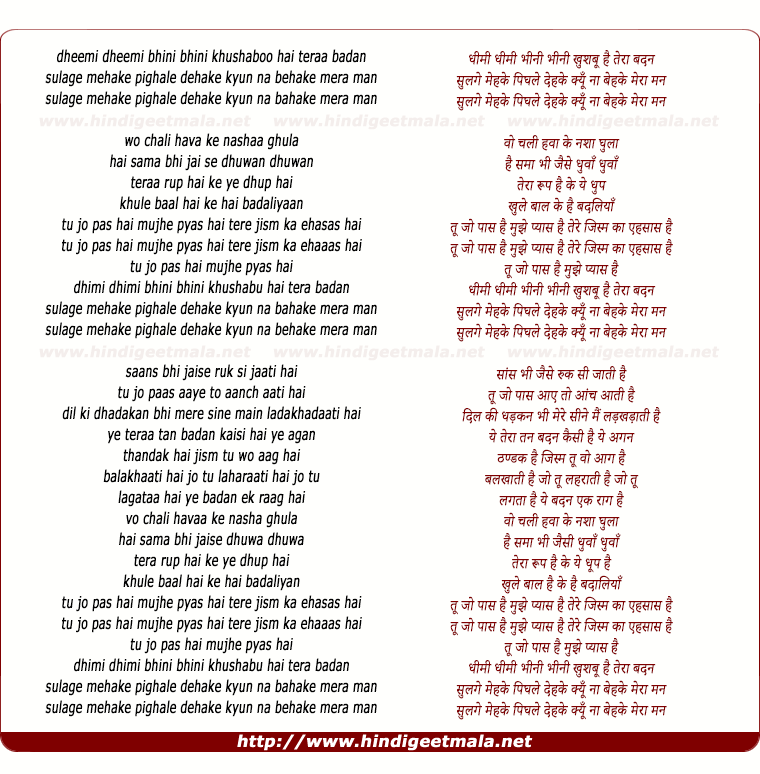 Comments on song "Dhimi Dhimi Bhini Bhini"
SuperRahul82 on Friday, October 01, 2010
This is my favourite song from my favourite movie of all time, thank you for posting this,, although the video clip shown here isn't in theï»¿ film I have, was there a different cut of the movie withï»¿ this scene in it ?

Priyeshnarayanan on Sunday, December 04, 2011
This song is beautiful because of its simplicity.. AR Rahman can make magic
with a simple sound tracks for a song... :))