Video of this song from youtube
Average Rating : 4.57
Total Vote(s) : 49
Please rate this song between 1 star and 5 stars (5 stars being the best). Just move your mouse on the stars above and click as per your rating. Your rating will really help us to improve our website. 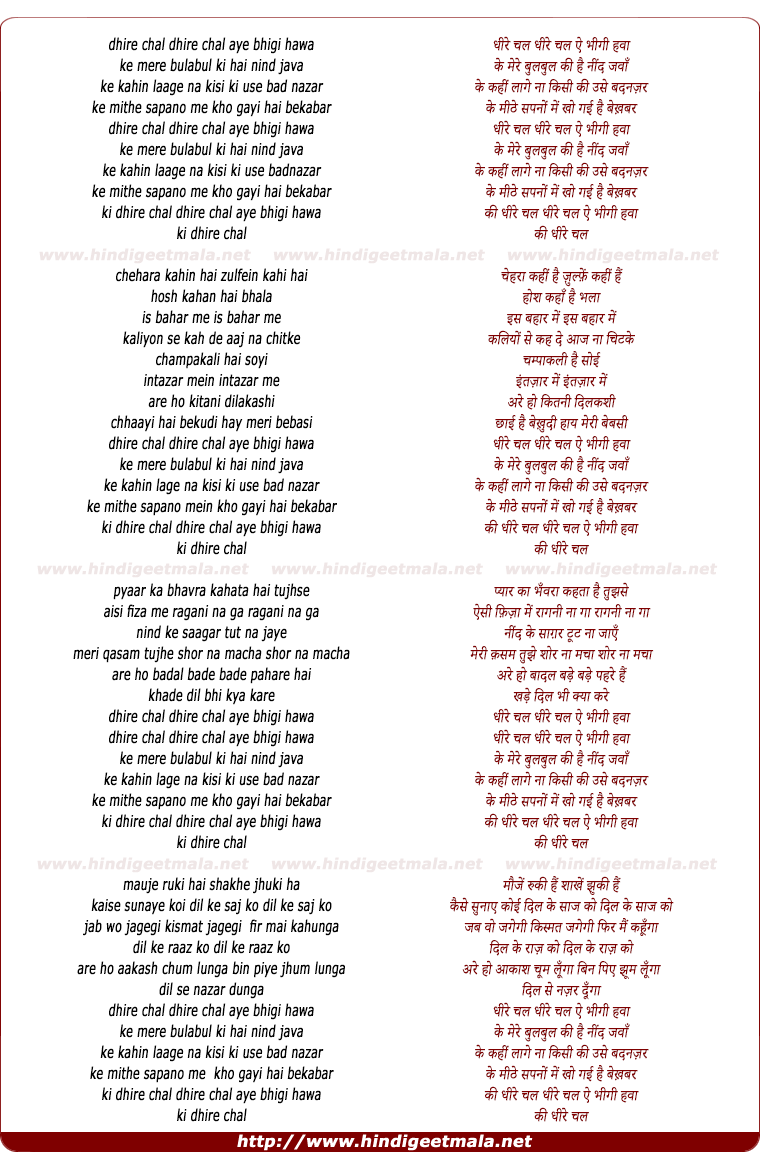 muhammad kamran on Sunday, August 02, 2015
Rafi the greatest singer in the world ever, inimitable even today. What
stamina, what power, what control, what skill. What a man! He made indian
films worth watching. the shammi and Rafi sahab combo was best!! and i
agree Rafi sahab was the best!!﻿

sonny19xx on Wednesday, November 05, 2008
Terrific !! Full marks. SJ- Rafi combo rocks. Shammi's dance and poses are
a knock-out. This song is for eternity. Bollywood's contribution to the
world films especially music world ! Thanks a zillion moula53

Sholay48 on Monday, August 29, 2011
Rafi, Shammi Kapoor and Shankar Jaikishan. The team that created magic. The
next best thing since bread and butter.