Average Rating : 4.40
Total Vote(s) : 10
Please rate this song between 1 star and 5 stars (5 stars being the best). Just move your mouse on the stars above and click as per your rating. Your rating will really help us to improve our website. 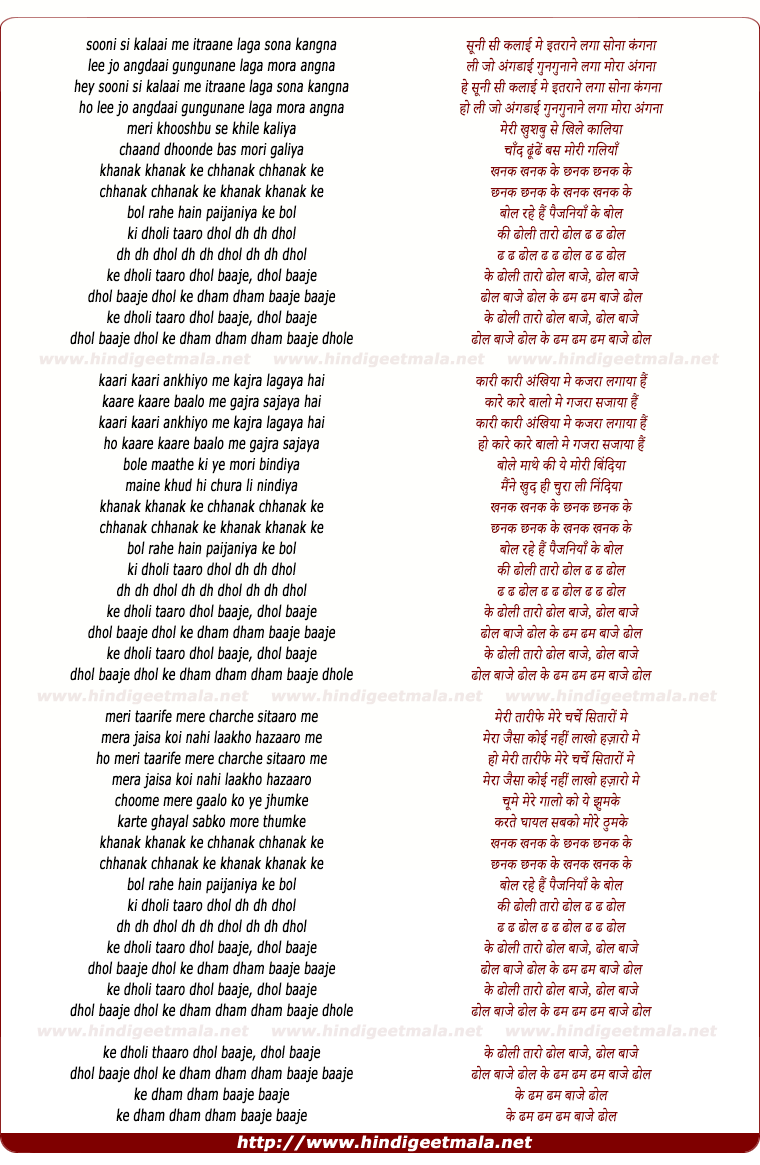 Comments on song "Dhol Baaje Khanak Khanak Ke Chhanak Chhanak Ke"
Youtube Only on Saturday, July 25, 2015
I'm really starting to hate Bollywood! This used to be an amazing song I
can't believe they wasted it by wearing skimpy 'cultural' clothing and
using a horrible actress for it. I don't care about her past but really
this is more of a traditional song, you have to wear Indian clothing, not
this westernized item song clothing. And sunny doesn't even look good in
this video! I really wish they used someone like deepika or priyanka
instead, because as sad as it is, that is the most cultural Bollywood can
get﻿

Neshna Reddy on Monday, August 24, 2015
Sunny Leone looked so cute in this video. Made me smile. However, the
choreography doesn't suit this song at all.
Good try though.﻿

Mahreen Al'hussain on Monday, November 09, 2015
If only she wasn't wearing that caveman outfit
Lol all the people are dark in the video accept the main actors only in
India lol﻿

Nimo Dhar on Saturday, July 25, 2015
Choreography, could have been alot better. Song itself. I'd say depending
on my mood whether or not it is better than original.﻿