Average Rating : 4.10
Total Vote(s) : 39
Please rate this song between 1 star and 5 stars (5 stars being the best). Just move your mouse on the stars above and click as per your rating. Your rating will really help us to improve our website. 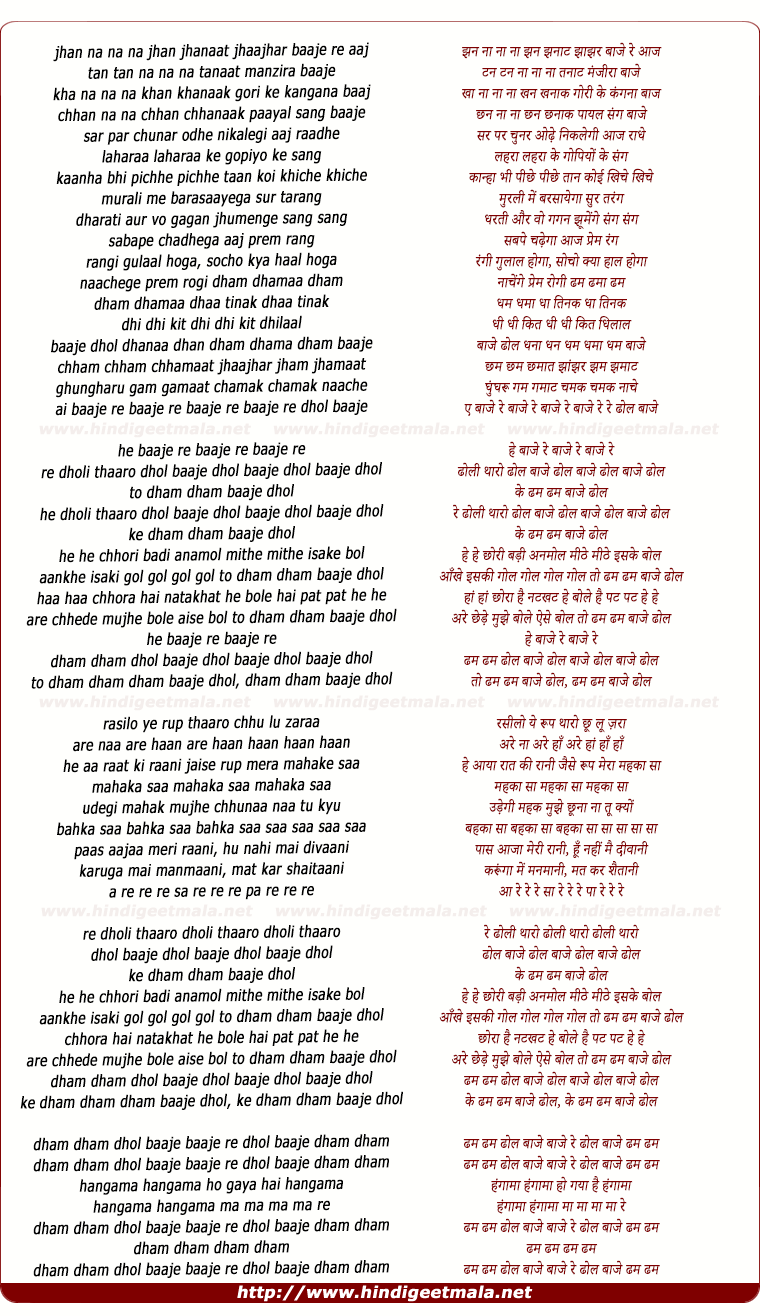 Comments on song "Dholi Thaaro Dhol Baaje"
Beata Chmielak on Tuesday, July 10, 2012
It's pure magic. Heads off To Sanjay Leela Bhansali. The dance is simply
wonderfull: the costumes, cheography, camera work, editing,everything
really.Aish and Salman are both dancing to die for, I love them both in
this film. When you look at them you see this love, you can almost feel
what they felt for each other. How could they not fall in love with each
other making this film together? I am sad it didn't work out. It would be
so great if it did. It's heartbreaking when love like this dies.

Florentina Gashi on Saturday, June 27, 2015
This is never as good as Nagada Sang Dhol performed by Deepika!
Deepika also looks much cooler than Aish, Ash looks so powerless while
Deepika looks so powerful while dancing!
I don't feel this song nor this dance!
Aish may be more beautiful but I still prefer Deepika cuz she is pretty and
talented! Also has much more charisma!!﻿

RacingLights on Wednesday, October 02, 2013
Nagada Sang Dhol has more complex choreography and drama, so I can see why
people would like that better, but this song is catchier and aishwariya's
expressions are AMAZING, like the way she uses her eyes and reacts to
Salman bumping into her and all those small little things. All in all, I
think both songs are good.

TibOu786 on Wednesday, May 16, 2012
Right! But Before she was just so good everyone love her me too she was
great actress woman beautiful she has some values but after she get so
arrogant & can do anything for nothing she ruins herself ... This Movie is
fantastic never get bored to saw it just so lovely just love Salman &
Aishwariya Together

Sakina Sehgal on Tuesday, October 22, 2013
So what if Deepika isn't the BEST dancer??? It's not like she doesn't have
other things going for her. Aish isn't the best at comedy yet she still
became iconic, no one's perfect. But Deepika definitely did the song more
justice than most of her counterparts in the industry could have done.