Video of this song from youtube
Average Rating : 4.44
Total Vote(s) : 115
Please rate this song between 1 star and 5 stars (5 stars being the best). Just move your mouse on the stars above and click as per your rating. Your rating will really help us to improve our website. 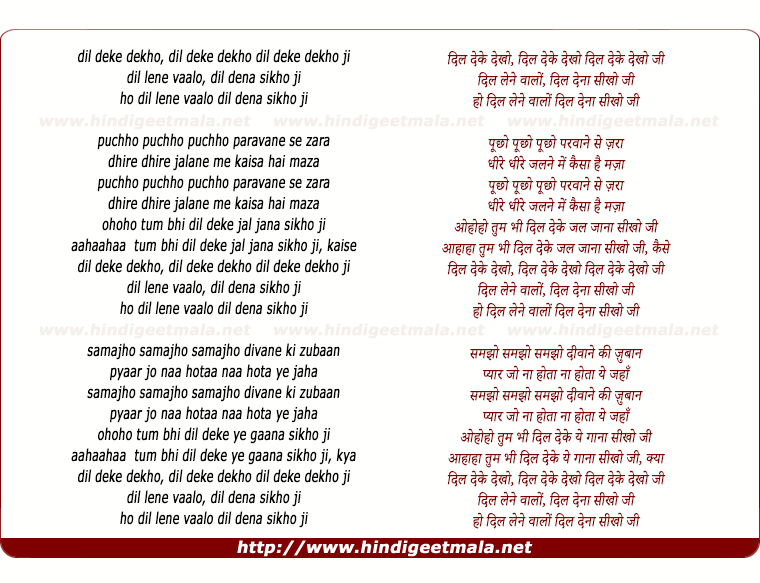 WAS THINKING WHERE IT WAS FROM???

ALSO, " DIANE" THE FAMOUS PAUL ANKA SONG FROM THE U.S.A. WAS FEATURED IN
THE MOVIE.

THEY DON'T MAKE THOSE KINDA OF MOVIES NOW GOLDEN OLDIES WERE THE BEST
INDEED!!!

Bajaury on Wednesday, April 17, 2013
Some people are born actors, some achieve acting through hard work and on
some acting is thrust. PrithviRaj was born actor but acting was thrusted
upon his children. They entertained but they did not have the acting
finesse. Raj kapoor was so so, Shami is so so etc. But they are nice people.

Bajaury on Sunday, September 08, 2013
In actuality I like the Kapoor family. I was born in the same
city-Peshawar. Raj was my favorite, but he was more of a comedian, not a
serious actor, Shami was a joke. his handsome looks were ruined by his ugly
mouth. But I liked them as good people, not as good actors.