Average Rating : 4.68
Total Vote(s) : 19
Please rate this song between 1 star and 5 stars (5 stars being the best). Just move your mouse on the stars above and click as per your rating. Your rating will really help us to improve our website. 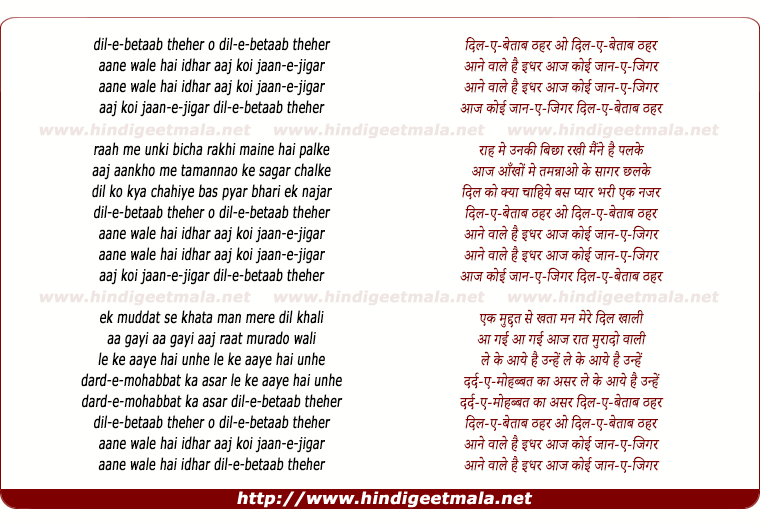 mohamedrafiq rahim on Tuesday, December 30, 2014
this was of the Madras production which set a very good record if not in
India but defiantly in Africa with good story and songs off Lata and Raf
i ﻿

Avijit Ghosh on Sunday, July 26, 2015
Harmandir Singh Hamraaz's authoritative Geetkosh credits composition of
this song to M S Viswanathan-T K Ramamoorthy. Madan Mohan also composed
some songs for Naya Aadmi, which marked NTR's debut in Hindi films. But
this isn't one of them.﻿