Average Rating : 4.39
Total Vote(s) : 64
Please rate this song between 1 star and 5 stars (5 stars being the best). Just move your mouse on the stars above and click as per your rating. Your rating will really help us to improve our website. 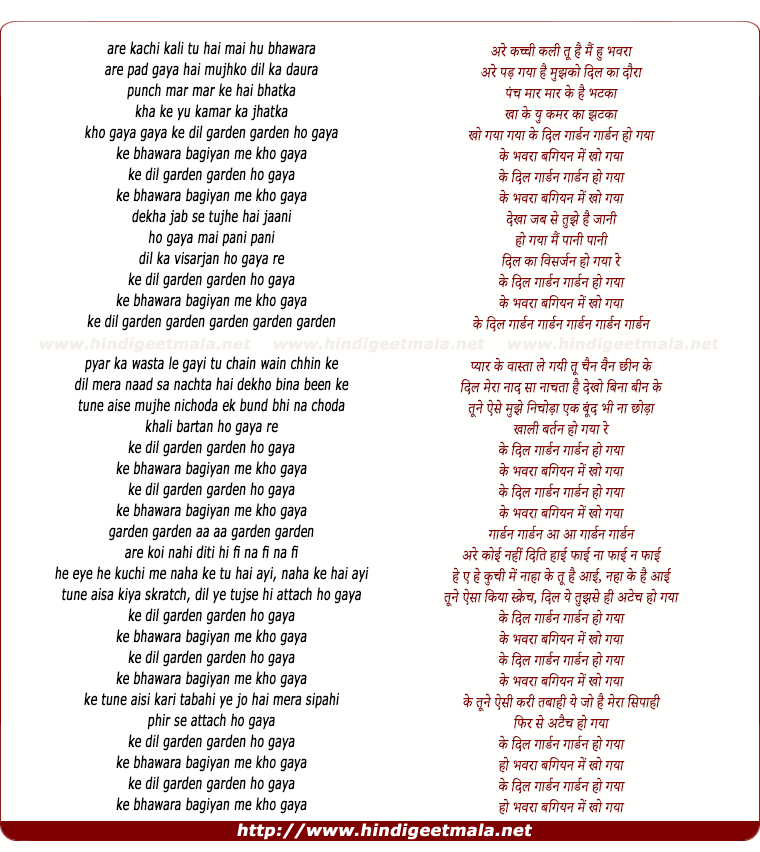 Comments on song "Dil Garden Garden Ho Gaya"
ktrain12321 on Wednesday, August 08, 2012
how do you even know he's American?
second, i'm American and I take offense at your comment. we're not ignorant.
third, if America falls, so would most countries. If you've got half a brain, you would know this. during the Great Depression, half the world was in trouble. By your logic, therefore half the world would have a food crisis. You'd probably die too you ignorant fool.
This is coming from a partly indian kid, too.
your comment was just as ignorant as the one you responded to.

sanamo86 on Wednesday, June 27, 2012
innit, shes trying to be a size 0, it seriously doesnt suit her, shes
loosing the glow from her face, she would be so much more stunning if she
filled out a bit more & had some curves

Av-E on Thursday, August 02, 2012
yeah, the background music sounds the same, but this song sounds better
than florida one's..and there a difference of language in both of the
songs

Amanpal Dhaliwal on Thursday, September 13, 2012
Love this song I wanna watch the movie the songs on :D I have no idea
what's it called but il watch it at starcity :)