Video of this song from youtube
Average Rating : 4.52
Total Vote(s) : 21
Please rate this song between 1 star and 5 stars (5 stars being the best). Just move your mouse on the stars above and click as per your rating. Your rating will really help us to improve our website. 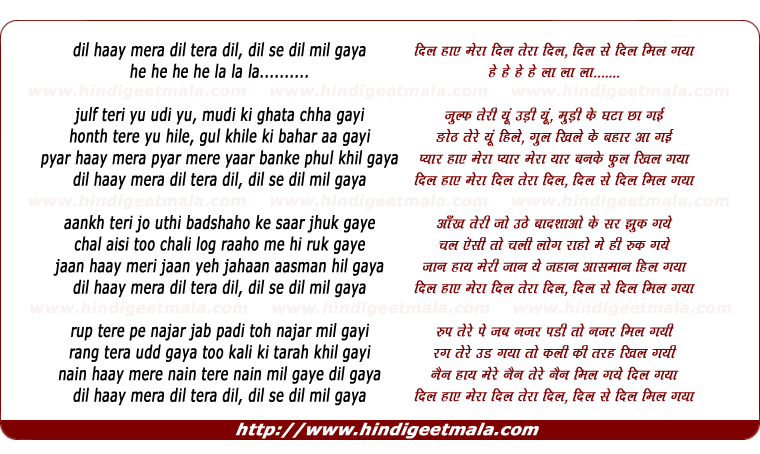 Comments on song "Dil Haay Meraa Dil Teraa Dil"
Shobha Nivas on Thursday, October 01, 2015
Spell bound ... what a song and what a music.. RDB blows ur mind... what a
... mesmerising voice KK has , he remains the one and only in this universe
to be born with such a gifted voice ... die to listen any number of times﻿

Shawn M on Thursday, June 27, 2013
Thanks for uploading this song. I was searching and looking for this song
for long time. Finally found it. Thanks again.

George M on Wednesday, February 06, 2013
Beautiful romantic song of the 70s the golden era of music.
ahmedrockinblues on Thursday, December 15, 2011
it was a time,anything Panchamdas' baton would touch turn gold.Anand bakshi
saab has revelled in the composition.Thank god iam not young and belong to
the so called youth brigade who manages to listen to rahman and pritam and
still remain sane