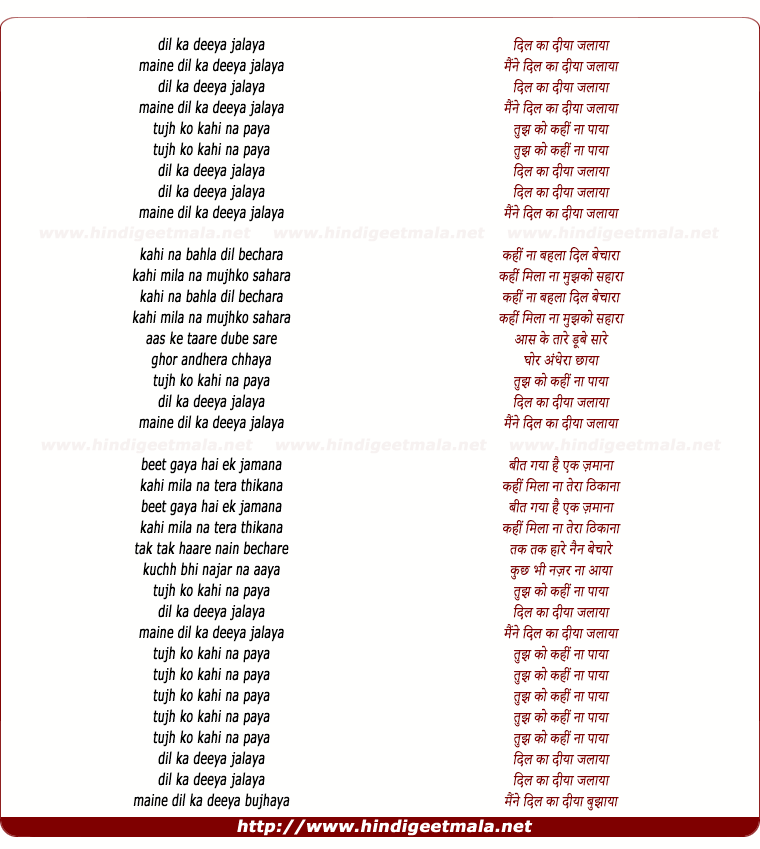 Comments on song "Dil Ka Diya Jalaya, Maine Dil Ka Diya Jalaya"
Zil Hasnain Kazmi on Thursday, April 07, 2011
Beautiful, dashing personality, attractive, unique, wealthy, patriotic,
symbol of art and a chandelier, whose rays´ are brushing the new comers of
our subcontinent. Lata had once said that her mentor was Madam Late Noor
Jehan. It is a dream of any female singer to posses all such qualities.
Such roll models are summoned to earth once in centuries and her stunning
stature was the creation of Almighty. Thankyou very much Wasim Sahib for
uploading this song in its original nature.(7th April 2011)

MAYOGARDENS on Tuesday, April 10, 2012
..What a great mile stone masterpiece from the golden period of
Lollywood when it was light years ahead of the competition. From the
period when great giants of the music industry were ruling Lahore
...Music by great Khawaja Khurshid Anwar, poetry by legendary Tanvir
Naqvi and sung by the greatest singer ever born on this land Madam Noor
Jehan.Lahori Munda From New York.

GUNIDAS on Friday, October 28, 2011
Raga Jaijaiwanti is one of the heavy-weight and difficult ragas. This is
the reason why this enchantingly sweet raga is extremely rarely used in
film songs. Khwaja Khurshid Anwar's and Noorjahan's geniuses have combined
to create a real gem of a song composed in Jaijaiwanti.