Average Rating : 4.63
Total Vote(s) : 8
Please rate this song between 1 star and 5 stars (5 stars being the best). Just move your mouse on the stars above and click as per your rating. Your rating will really help us to improve our website. 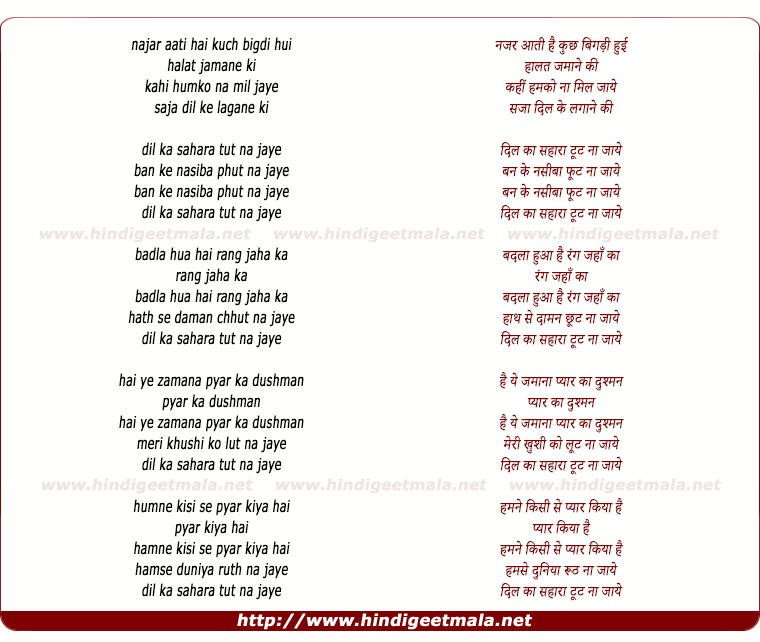 Ghulam Mohammad met Naushad in 1942. He became his assistant and started
his own music direction in 1948. He was very good in his work but sadly, did not get much recognition & fame. During his career he remained Naushad's assistant. He died in 1967 of sickness and in poverty. Naushad completed his music for Pakeezah. Besides Pakeezah, Ghulam's only other famous film was
Sohrab Modi's Mirza Ghalib 1954.

Bharat Gul on Tuesday, December 07, 2010
What a joy to come upon this song by clicking around ! Ghulam Muhammed, a
disciple of Naushad Ali, was a very creative MD( See his melodies in
Pakeeza). Great team work by him and Lataji in the small treasure they
produced. Thank you, ajayuv.

Chandrakant Pusdekar on Sunday, October 04, 2015
ONE OF THE BEST EVER !﻿
Popular Links on HindiGeetMala