Video of this song from youtube
Average Rating : 4.35
Total Vote(s) : 37
Please rate this song between 1 star and 5 stars (5 stars being the best). Just move your mouse on the stars above and click as per your rating. Your rating will really help us to improve our website. 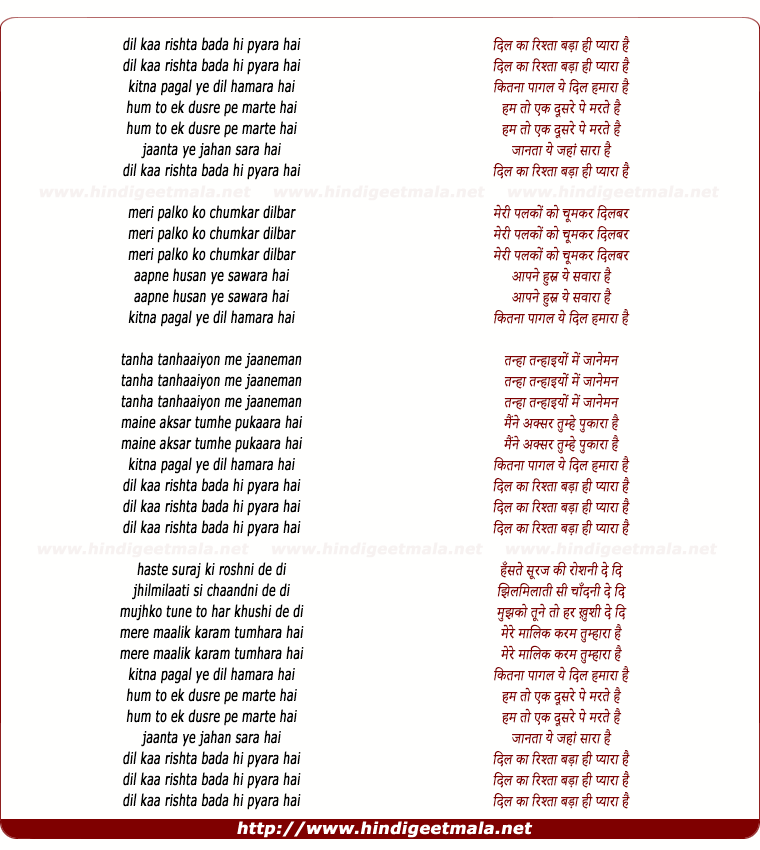 mussarat786 on Tuesday, May 11, 2010
ur right about aish ppl, but as soon as an actress comes into bollywod they
turn coldn stoned hearted, i.e katrina, ash and otherss, havent seen any
guys tho. only one actros iis and its kajol

alexandra12345ism on Tuesday, June 22, 2010
i recomanded the movie Vaada with Arjun Rampal and Amisha Patel is the best
thriller ever!the best movie of Arjun.watch it and you believe me

suraj yengde on Sunday, March 24, 2013
a female is supposed to be the queen of bollywood and to all those fools
who seconded your spoiled opinion