Video of this song from youtube
Average Rating : 4.50
Total Vote(s) : 44
Please rate this song between 1 star and 5 stars (5 stars being the best). Just move your mouse on the stars above and click as per your rating. Your rating will really help us to improve our website. 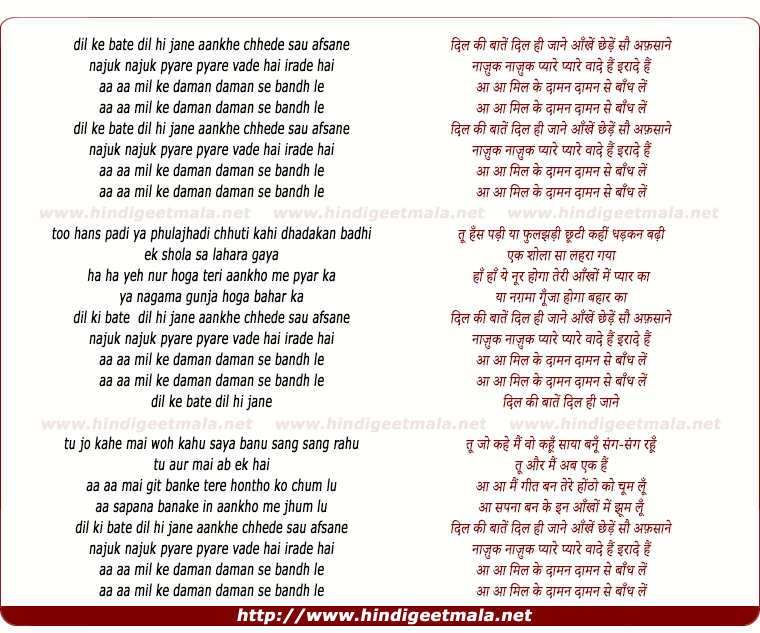 Chandrasekhar Balaji on Friday, July 20, 2012
Thanks my dear friend.the seventies were indeed a golden period for
Bollywood music.an out of this world combination of lyricists, music
composers/directors and singers.as a result these songs are a treat for
our ears even today...real gems..but for the Internet and platforms like
Youtube. they would have been lost forever to the public.they just go on
to show what the then standards used to be...and in this era of drought in
Indian film music, they provide the much needed relief...

percysigan on Saturday, December 26, 2009
What a beautiful song and that too when sung by the two master singers
Kishoreda and Lataji. This song adds more grace when sung, on screen, by
the most beautiful actress I have ever come across of our Indian Cinema,
namely Mumtaz. What a face and what a smile. Her smile puts Mona Lisa to
shame.