Video of this song from youtube
Average Rating : 4.42
Total Vote(s) : 19
Please rate this song between 1 star and 5 stars (5 stars being the best). Just move your mouse on the stars above and click as per your rating. Your rating will really help us to improve our website. 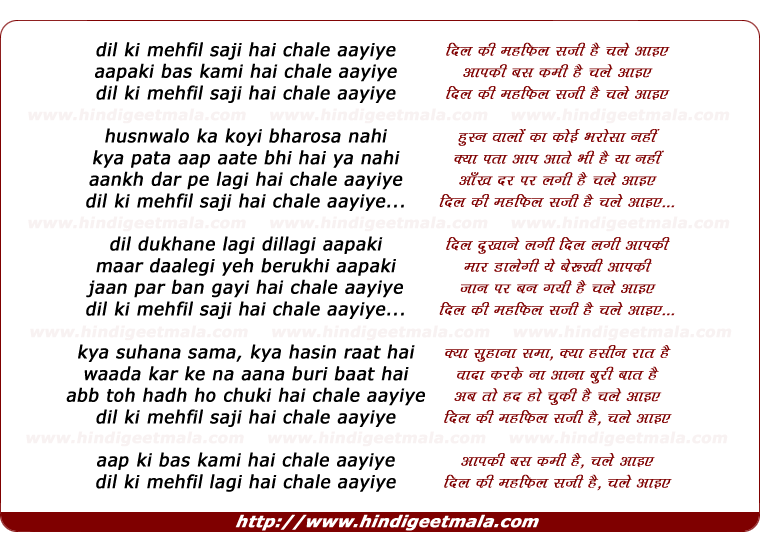 Comments on song "Dil Kee Mehfil Sajee Hai Chale Aayiye"
Raghavendra Siddhanti on Tuesday, May 05, 2015
Naushad tried to re-create the magical music of Kohinoor in this movie, all
songs were copies of Kohinoor songs, the movie as well as the Music failed,
times had changed, lousy film, and B grade actors.﻿

M. Saleem Raikodi Raikodi on Wednesday, December 02, 2015
I am holding my head with my two hands thinking hard as to how this man
could sing such a voice modulation and the way he gets into people's heart﻿

tiktam51 on Monday, January 25, 2010
love this song after so many years
no body on earth can match his voice
style and range lol... even today.