Video of this song from youtube
Average Rating : 4.56
Total Vote(s) : 25
Please rate this song between 1 star and 5 stars (5 stars being the best). Just move your mouse on the stars above and click as per your rating. Your rating will really help us to improve our website. 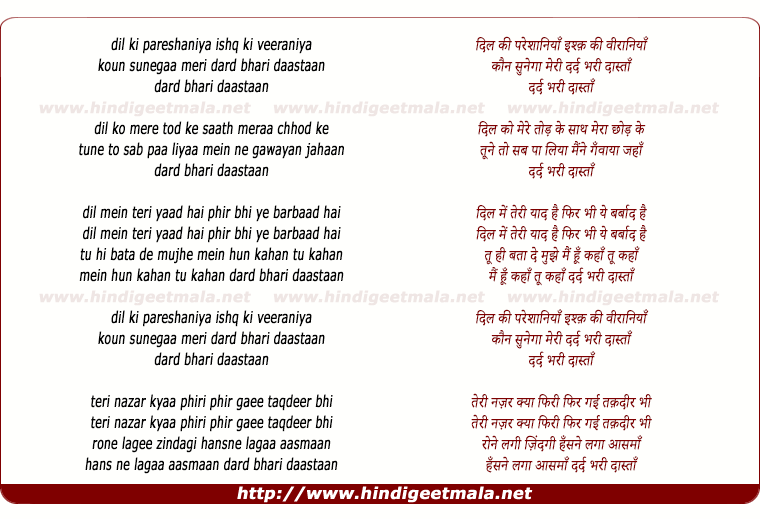 You are welcome. Glad could help. Heard this one about 45 yrs. ago and got hooked. Every time takes me back in time.

TheVijay1949 on Thursday, October 21, 2010
@Khalidsagi Perhaps SAJJAN is singing in the picture. Became character actor in mid 50s. He was Minni's father in Kabuliwala.
Prakash Bhangay on Wednesday, April 02, 2014
Hats off to Roshan for simple composition..﻿
Popular Links on HindiGeetMala