Average Rating : 4.38
Total Vote(s) : 40
Please rate this song between 1 star and 5 stars (5 stars being the best). Just move your mouse on the stars above and click as per your rating. Your rating will really help us to improve our website. 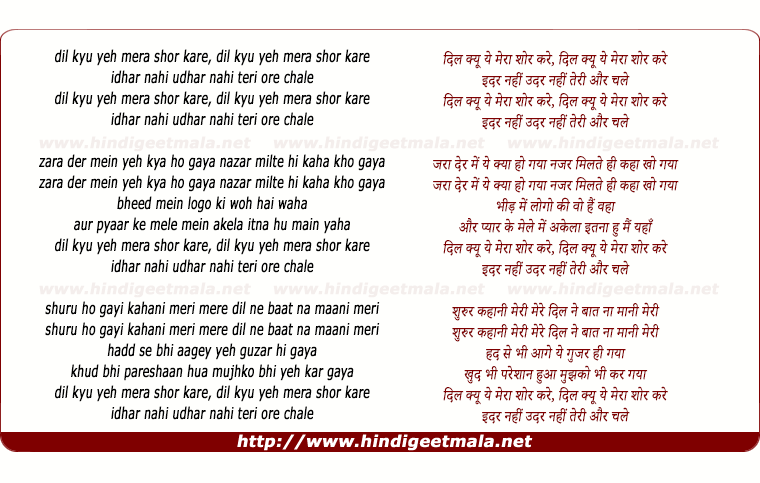 Comments on song "Dil Kyun Yeh Mera Shor Kare"
Ramankutty Karumbath on Thursday, May 09, 2013
This is sung by a singer unknown to (or forgotten by) most of you obviously
- since there is virtually no comment on the singer - good or bad.:) His
stage name is KK (remember him?) and he has sung some well known songs in
Hindi for the past few years.

Rahul Agarwal on Sunday, October 16, 2011
this song was written and composed 30 yrs ago...bt was nt used
anywhere.and finally it was used in 2010.nd was superhit...

Rehamna07 on Friday, November 05, 2010
barbara mori...was in the character of Rubi.
she is good in acting, perfect match 2 Hrithik Roshan , both of them
good looking, love them.