Video of this song from youtube
Average Rating : 4.27
Total Vote(s) : 106
Please rate this song between 1 star and 5 stars (5 stars being the best). Just move your mouse on the stars above and click as per your rating. Your rating will really help us to improve our website. 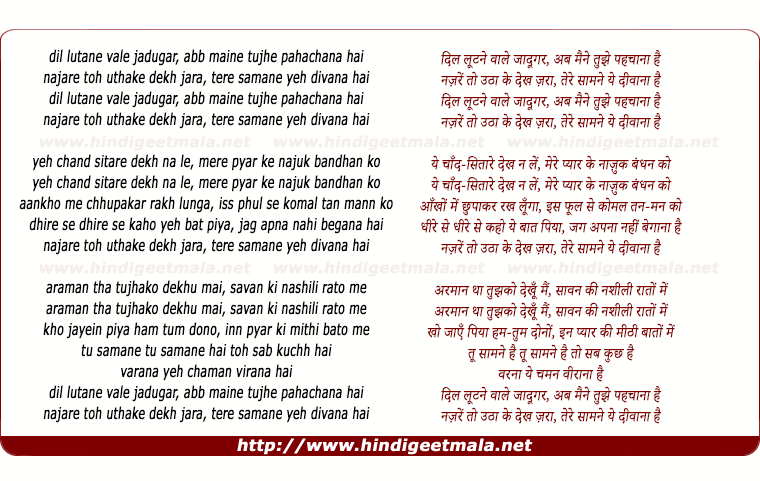 Kanu Mody on Saturday, April 16, 2011
What a beautiful duet but unforunately, it has multiple cuts ; anyway, the
fact remains that even the cuts were unable to hamper the immense value of
the haunting melody that Kalyanji Veerji composed. The Kuthchi community
undoubtedly has been gifted with immense talent which is enormously
CREATIVE in every sense of the word.

Mani Menon on Saturday, December 29, 2012
This song was on 'Binaca Geetmala' for quite awhile. Even after all these
years it sounds so fresh! Kudos to Mukesh, Lata, Farooq Kaiser and
Kalyanji-Anandji for making this song immortal! I'm quite sure the 'been'
must have been played by Kalyanji! It was he who played this instrument in
'Nagin', remember?