Video of this song from youtube
Average Rating : 4.69
Total Vote(s) : 16
Please rate this song between 1 star and 5 stars (5 stars being the best). Just move your mouse on the stars above and click as per your rating. Your rating will really help us to improve our website. 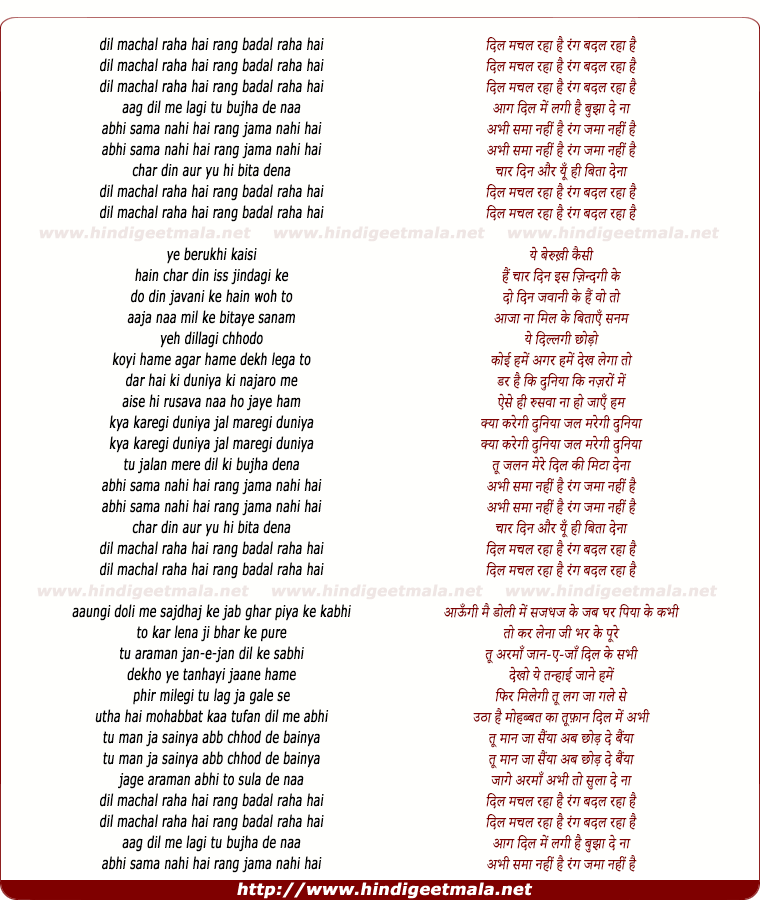 Comments on song "Dil Machal Raha Hai Rang Badal Raha Hai"
M Bhat on Wednesday, December 23, 2009
Sadly the movie didnot see the light of the day, but songs were superbly
composed and sung. This is one of the all time best song from the stable of
Panchamda, Kishoreda and ashaji triumvRITE.

Chandrakant G on Saturday, August 11, 2012
Magnificent gem from Pancham. Watch how the antara transforms from an
on-beat melody in the first two lines seamlessly into an off-beat one. And
the melody of the antara itself is, one can only say, out-of-this-world!
Many thanks for the upload!

Nilanjan Nandy on Tuesday, January 26, 2010
@Panchamdakishoreda The film released in mid seventies in Calcutta (Hind
cinema) but I missed the film. However, this is ine of my favourite songs
of all time!

armalyte on Thursday, May 06, 2010
@Panchamdakishoreda not true. The film DID see the light of day, and its
called KHALIFA. it was released in 1976, and i have it on DVD