Video of this song from youtube
Average Rating : 4.55
Total Vote(s) : 20
Please rate this song between 1 star and 5 stars (5 stars being the best). Just move your mouse on the stars above and click as per your rating. Your rating will really help us to improve our website. 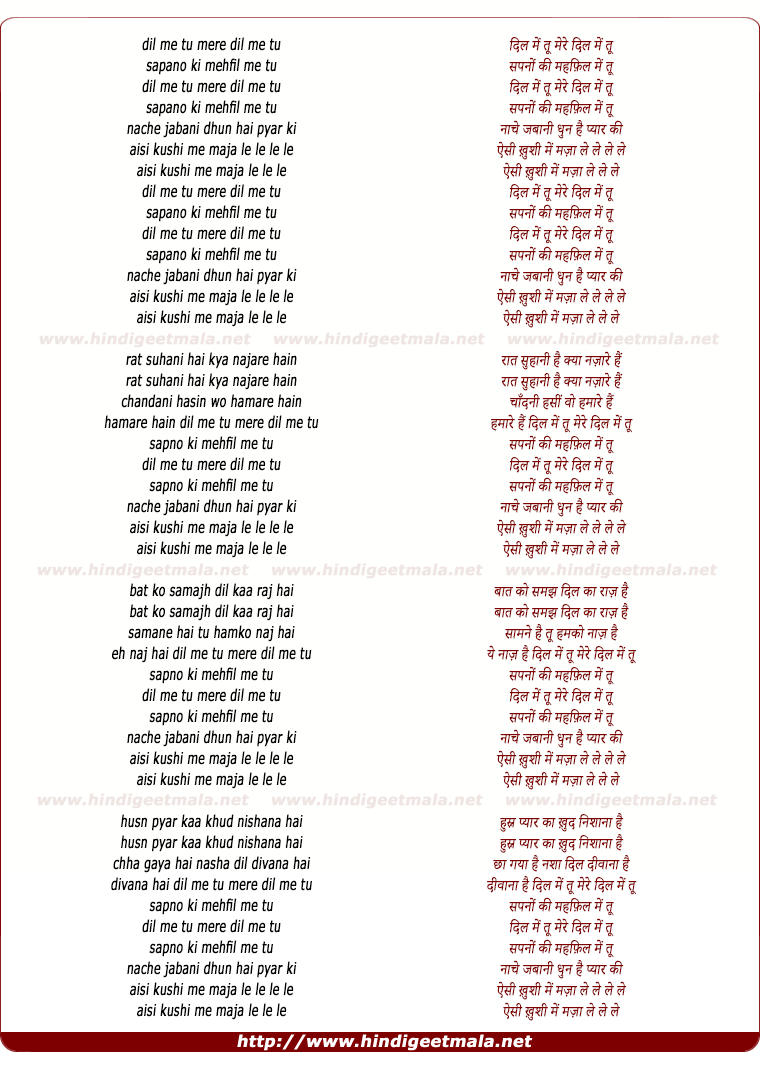 Comments on song "Dil Me Too, Mere Dil Me Too"
Riaz Ali on Thursday, February 03, 2011
That is the best from all aspects for real entertainment. Commendable
performance of Cuckoo with lovely song and music. Thanks.

nandu1f on Saturday, November 20, 2010
Such a nice songon nimble Cuckoo. Does any one what happened with her after
1950's? Lat voice was so sweet. Thnaks Amitajai.

Kumar Bhatia on Thursday, July 09, 2009
Cuckoo is the dancer, with Asha Mathur, Kishore Sahu and Gope in the
audience. This film was a huge hit.

imranzaidi6 on Friday, February 04, 2011
Lovely song----scintillating and dazzling performance by Cuckoo! ---Endowed
with brilliant dancing skills,she inspires her viewers with joy,happiness,
energy and enthusiasm for life! Thanks for sharing

buttegowda on Friday, April 16, 2010
Thanks for posting Kalighata songs !!!
View all 7 comments related to song Dil Me Too, Mere Dil Me Too
Popular Links on HindiGeetMala