Video of this song from youtube
Average Rating : 4.13
Total Vote(s) : 15
Please rate this song between 1 star and 5 stars (5 stars being the best). Just move your mouse on the stars above and click as per your rating. Your rating will really help us to improve our website. 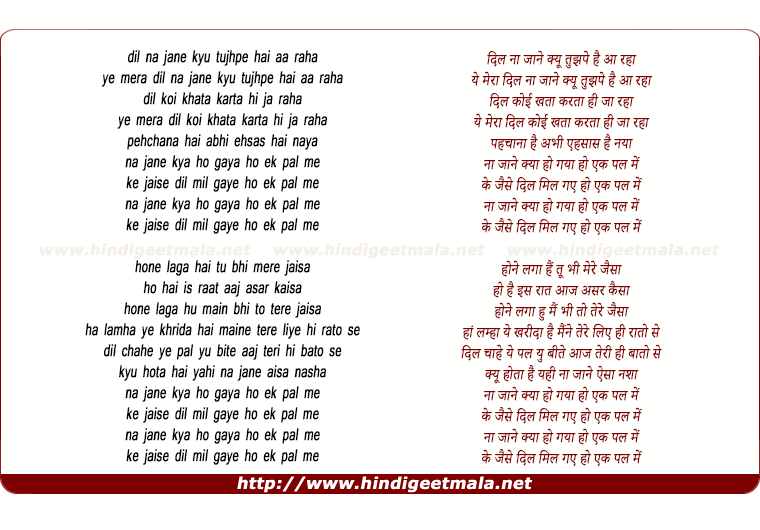 Comments on song "Dil Na Jane Kyu Tujhpe Aa Raha"
REAL MCCOY FAN on Wednesday, September 03, 2014
I heard this song on the radio in an Indian restaurant here in the Chicago
area. Instantly fell in love with it and searched for HOURS for this. I
am used to looking for this stuff, but it's usually from Germany, Italy,
and even Russia. Welcome to the world of Euro India?! Hindi-electro... I
like!!! More of this stuff, please!﻿

ikadir18 on Wednesday, February 20, 2013
One thing I found amusing was the use of tricks to make Vivek seem taller
than Neha in this film eg she doesn't wear proper shoes for most of the
movie - when in fact she's almost as tall as he is. Take a look at the
start of this clip - you'll notice that the ledge is higher on Vivek's side
when they do the split screen ;)

nargis81 on Wednesday, January 23, 2013
Ok guys, Atif is great, but stop badmouthing Vivek. Atif and Vivek work
together and respect each other. So what is the point of all these awful
comments about Vivek. If Atif didn't like Vivek he wouldn't be working with
him. They have a great relationship. So have some common sense.

HLRKingScorp on Tuesday, January 22, 2013
I like Anushka Manchanda's voice in more rock-type songs. She's okay in
this techno-party song. Atif's fun vocals are great hear though. It's
feel-good vibe all over with the verve of his voice and nice to see him,
change style from soulful romantic songs from time to time too.

jatin thakur on Wednesday, January 23, 2013
yaa everbody will say that atif should be the actor of the film but guyss
atif is a singer he dont want to act as a choclate boy hero etc but i must
say that vivek oberoi is the most underrated actor he is a fantastic actor
hope this movie does well at the box office 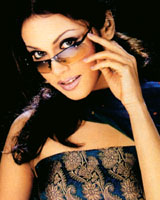