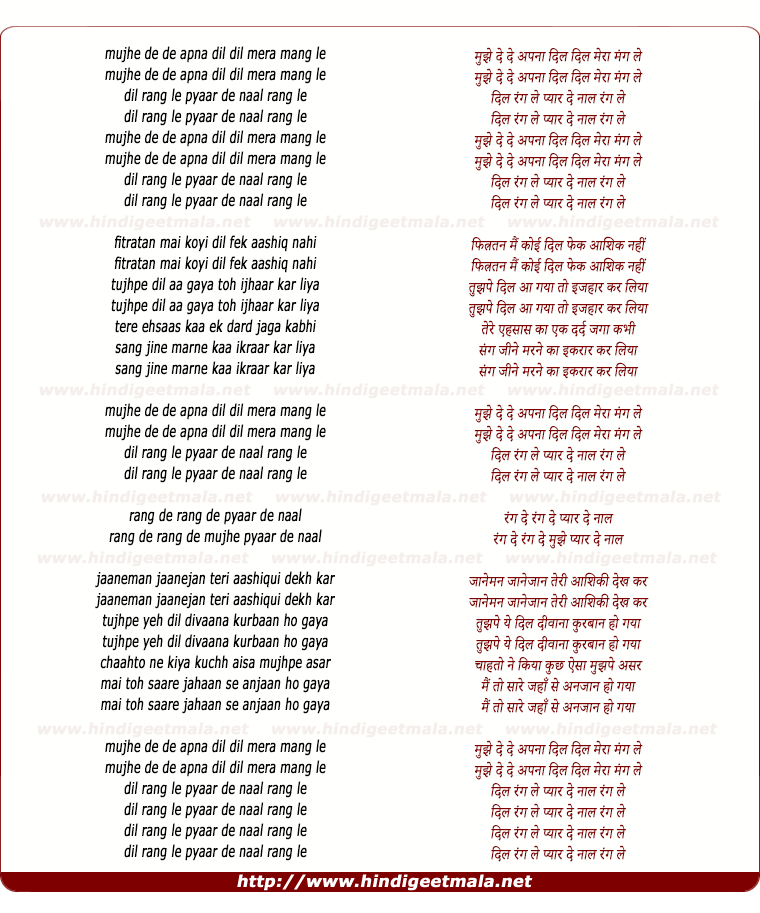 Comments on song "Dil Rang Le Pyar De Nal Rang Le"
prito chakrabarty on Wednesday, August 04, 2010
Vineet is only reallity show contentder who sung more then 10 song in movie
coz he has amazing voice and he deserve much more then this!!!!!!!keep it
up vineet you are the best!!!!!!!!!!!

myown987 on Tuesday, March 25, 2008
this is a very nyc song, i really lyk it, annana malfoy thank u for this song with video, and i request u to put the whole film on youtube aswell, plz!!!
YawarRyerson on Sunday, February 21, 2010
I think Himesh is by far the only music director who gave Vinit his first
break into playback singing.