Video of this song from youtube
Average Rating : 4.86
Total Vote(s) : 22
Please rate this song between 1 star and 5 stars (5 stars being the best). Just move your mouse on the stars above and click as per your rating. Your rating will really help us to improve our website. 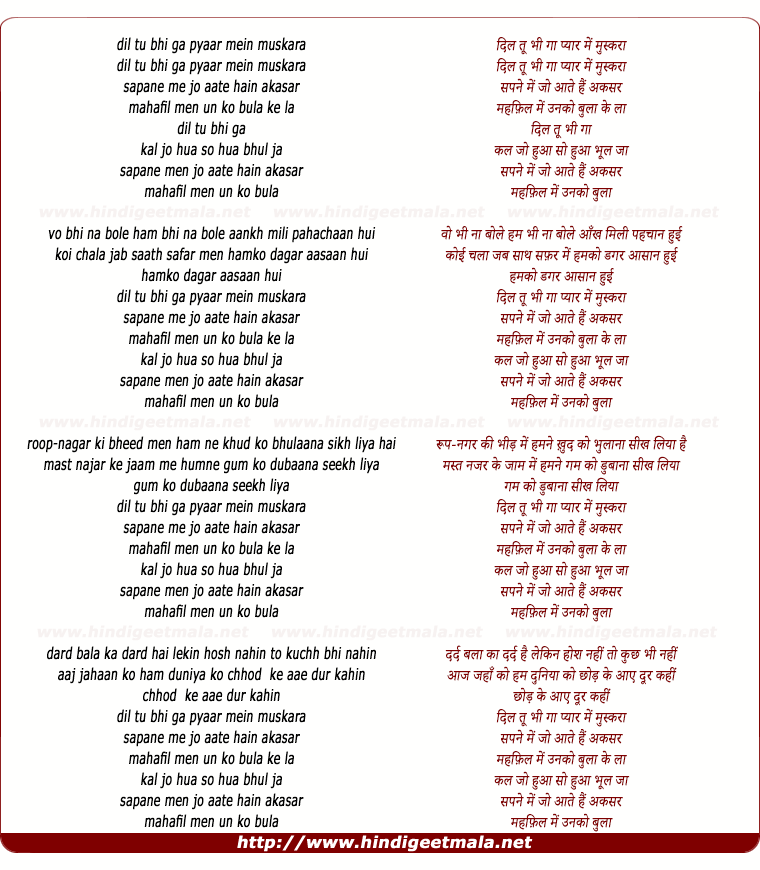 Comments on song "Dil Tu Bhi Ga, Pyar Me Muskura, Sapno Me Jo Aate Hai Aksar"
aceji on Friday, August 20, 2010
GREAT MUSIC BY SHANKER-JAIKISHEN as ever for Rajendra Kumar THE SILVER
JUBILEE kumar ,as he was known for giving superb hits. 1960s had many
fantastic songs by Rafi, Mukesh, Lata etc for Rajendra,Shammi and Raj
Kapoor.

Punjabilad60 on Monday, March 23, 2009
What a wonderful song and such a beautiful voice. It's amazing this song
was sung in the 1960's yet it sounds so new. What a beautiful voice of this
amazing singer.

naseem asgar on Wednesday, September 15, 2010
My old time favourite, didnt appreciate the one and ONLY mohammed Rafi Saab
as much

Mala kadar on Tuesday, October 21, 2008
all those lovely girls in sari, skirt, salwar with one young man! cha cha
cha!!!