Video of this song from youtube
Average Rating : 3.60
Total Vote(s) : 42
Please rate this song between 1 star and 5 stars (5 stars being the best). Just move your mouse on the stars above and click as per your rating. Your rating will really help us to improve our website. 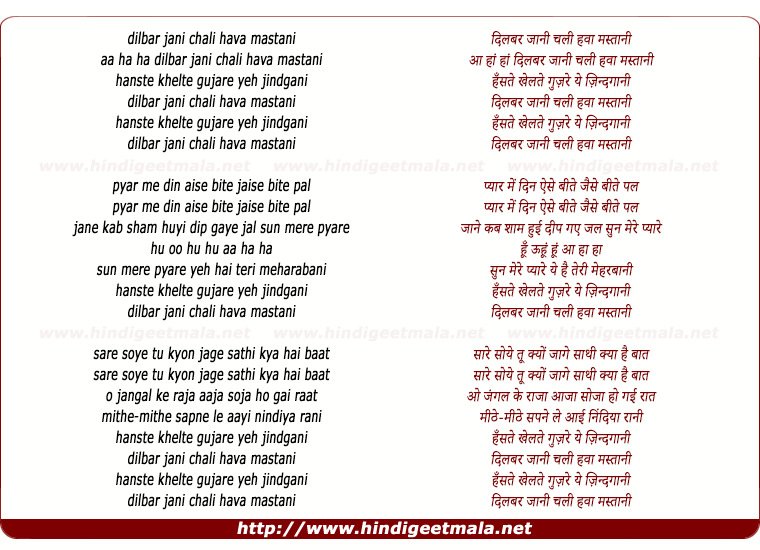 Comments on song "Dilbar Janee Chalee Hava Mastanee"
Shobha Nivas on Monday, December 08, 2014
Any song of Kishoreda takes to a different world especially if it's with
Lataji ... think of the..﻿

rishant donald on Sunday, July 22, 2012
i wish,i had that kind of environment and surroundings,they have shown in
this song,i really wish good old days are back,as there were simple people
with simple thoughts back then