Lyrics of Dinae Dinae
We will add the lyrics of the song in due course.

Comments on song "Dinae Dinae"
kochrajbongshi on Sunday, September 22, 2013
This is a KochRajbongshi Folk song, Kamatapur Kingdom Merged with Indian
Territory on 28 Aug 1949 & after that Gov of India divided the kingdom into
Assam & Bengal thereby people of both the state consider the KochRajbongshi
Folk song as their State folk song no body is wrong, KochRajbongshi people
have their own language and culture, Read the merger agreement of GOI Ref:
coochbehar(DOT)nic(DOT)in/htmfiles/royal_history2.html

justsomeone on Thursday, September 19, 2013
This traditional folk song was popularized in the 1950-60s by Goalpara's
greatest artist - Padmasree Pratima Pandey Barua. It talks about the
transience of human body/life. The Punjabi lyrics kind of compliment and
provide a closure to the Goalpariya lyrics. Goshai-jee (you can say Goswami
jee or Guru ji) is probably a form of addressing the Supreme Power. This
isn't a v good translation but I hope it helps :

tnzeffect on Saturday, August 15, 2015
That is a disgrace for Bangla (Bengali) the language as calling the song as
Assamese. Its completely misleading description as the song's root is
definiteely West Bengal & Bangladesh, not Assam. Disliking Coke Studio as
they worked with the folk song, broadcast among people without knowing/or
knowing wrong about the origin and language of the song. It kills the
music's own sense.﻿


justsomeone on Thursday, September 19, 2013
"By whose design, O Goshai-jee, does day by day, the components of this
colourful mansion (the human body) erode away ? Setting the house is
futile, if you waste it in petty duels. My childhood I spent in laughter
and play, my youth I spent in mirth, my old age I've spent in worrying and
thinking...When will I have the time to surrender to my guru ?"

himangshu goswami on Tuesday, September 17, 2013
Translation of Assamese Part: Dinae Dinae (day by day) the rocks of my
colorful Dalan (building) of my life gets falling (eroding) my Gosaiji
(God). (If) the childhood passes through laughs and play, the youth through
ronge (fun and joy), and the old through thoughts and recollection, (Then)
when will I get the chance to devote in You my Gosaiji !! 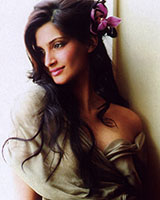 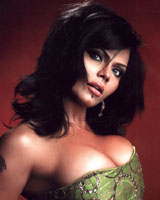