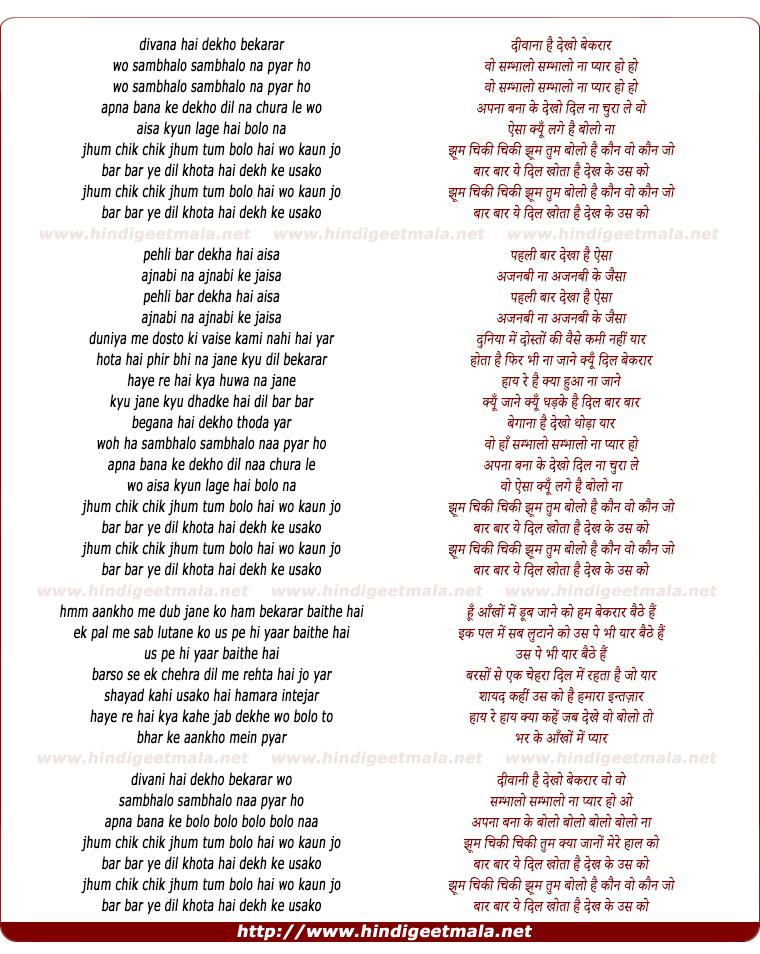 Comments on song "Divana Hai Dekho Bekarar"
dingdong1991 on Saturday, May 01, 2010
@kuushaal Part 2 more than 300 (maybe 400) Bollywoodfilms are dubbed in
German in the last years, and every year comes 12 new german
Bollywoodreleases, the last releases since now are Dil Bole Hadippa, Delhi
6 & King Uncle and Omkara (Omkara has only german subtitles, no german dub)
in 1-2 weeks will be released Love Aaj Kal on german DVD (of course with
german dub, and also with hindi dub and german subtitles)

thekshareefa09 on Friday, January 14, 2011
@darkrose17ms i personaly never watch a movie more than once but I do agree this movie is awesome .. esspecially because of the music tracks, they had a great selection. This one and 'you are my sonia" were my all time favorite. Though I don't understand one word. haha
yasminwink on Wednesday, February 09, 2011
Awwww Memories :D i absolutely loooove this song kareen & hrithik are
rocking in this song love the movie watched it over 50 times :)

mamakcyber1 on Thursday, August 19, 2010
I believed Kareena Kapoor role acting here... definitely suit her...loves her acting in this film...well done Kareena...:)
Yaniuris Espinosa on Sunday, June 06, 2010
3:26 Kareena looks so cute here, i miss her younger days, when she was
nicer, but i'll always love her!