Average Rating : 4.82
Total Vote(s) : 11
Please rate this song between 1 star and 5 stars (5 stars being the best). Just move your mouse on the stars above and click as per your rating. Your rating will really help us to improve our website. 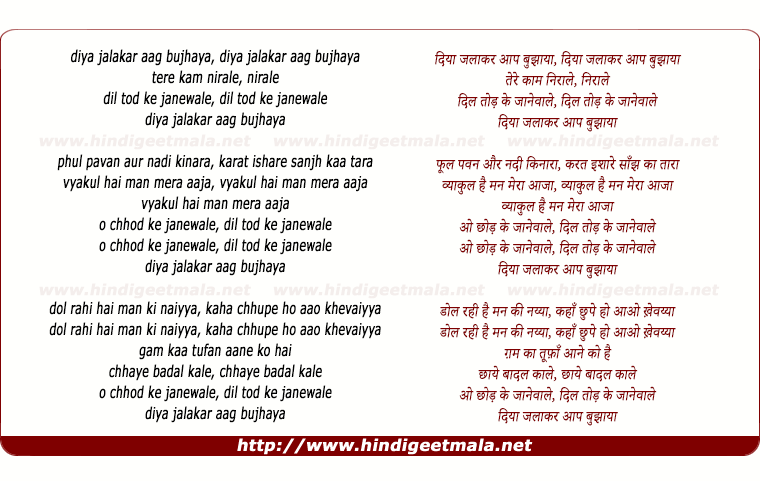 Comments on song "Diya Jalakar Aap Bujhaya"
Parag Sankla on Monday, March 08, 2010
Wonderful sharing. What a song. To quote rhythm king O P Nayyar this song
had set the entire Punjab on fire. The magic of Noor Jehan's voice was so
overpowering that this young man left his hometown to make it big in the
Hindi film industry. Datta Korgaonkar (more famous by the name K Dutta)
composed the music for the film Badi Maa (1945) directed by the famous
Master Vinayak. Noor Jehan sang "Diya jalakar aap bujhaaya" for this film.
The song is so fresh till date.

rumahale on Monday, October 22, 2012
I had missed it for a while - I feel overwhelmed with joy by the singing of
Noor Jehan; hats off to the composer K Datta. Thank you for discovering
this rare gem.