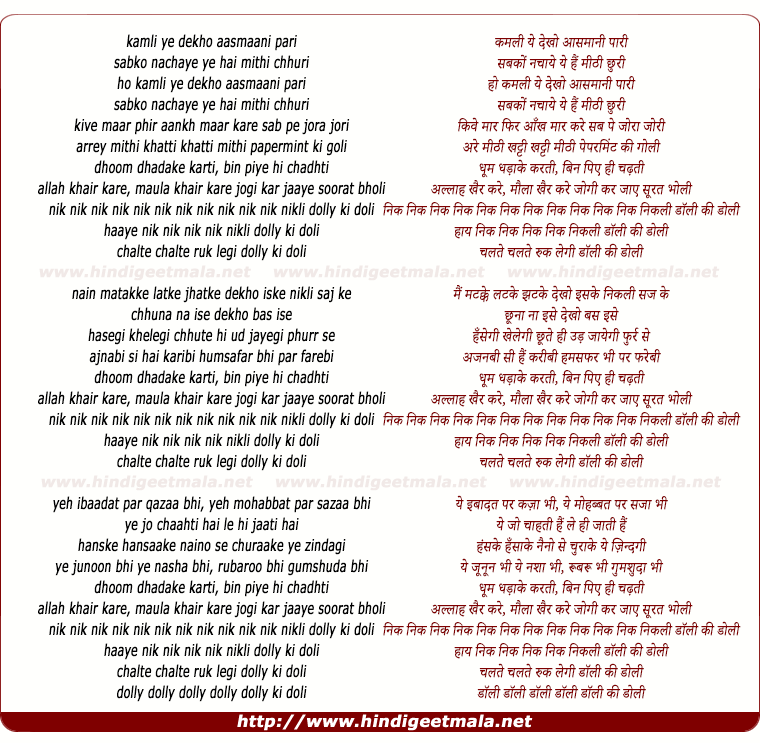 Comments on song "Dolly Ki Doli"
Hunyah Irfan on Thursday, January 22, 2015
Last year bollywood had woman centric movies n this is movie feminist based
movie , due to what I saw on sonam kapoor's interview for movie the other
movie , honestly , bollywood has improved from m kom, and movies like
revolver rani and queen to dolly ki doli , this movie should meet the level
,due to the interviews on feminist oriented film ,
im studying about third wave feminism right now ,this mvie looks like its
concept is based on the third wave feminist
because , its about wat women can do , girl power the emphasized in third
wave , and other things , im looking forward to sonam kapoor taking on this
third wave feminism ﻿

Heny Sayukti on Thursday, January 15, 2015
Pulkit is just so good looking. He reminds me of Dabbang but it's okay ...﻿
pretty mariam on Wednesday, January 14, 2015
Looks funny and amazing i love sonam she's a great actress can't wait yay﻿
The Goosinator!!!!!! on Saturday, February 14, 2015
Who else watch this just because they want to see the jewelry ﻿
dipanshu bhatia on Thursday, January 15, 2015
The movie seems very nice but should not have been released on 23 jan﻿
View all 13 comments related to song Dolly Ki Doli
Popular Links on HindiGeetMala