Average Rating : 4.14
Total Vote(s) : 37
Please rate this song between 1 star and 5 stars (5 stars being the best). Just move your mouse on the stars above and click as per your rating. Your rating will really help us to improve our website. 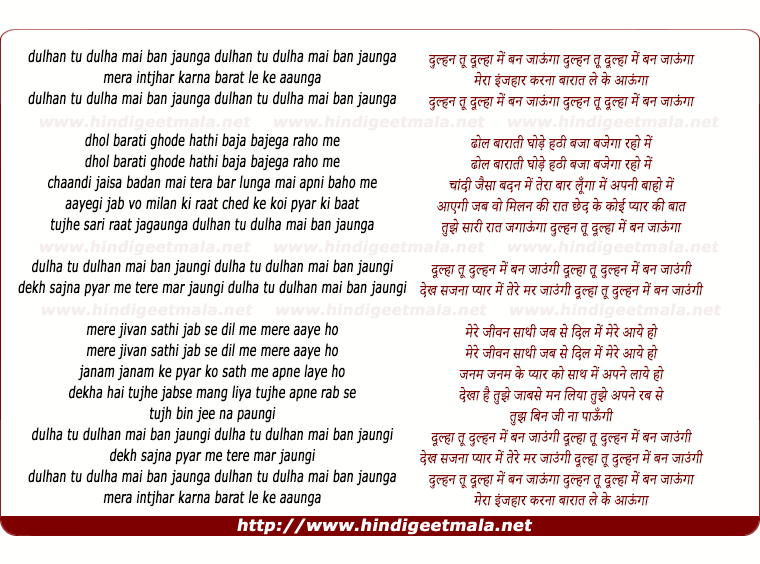 Comments on song "Dulhan Tu Dulha Mai"
QuettaKing on Tuesday, May 29, 2012
According the some reliable sources this song too has a Kumar Sanu version.
According to them it was first released in voice of Kumar Sanu and later on
it was dubbed by Debashish. Kindly confirm its true or not.