We will add as soon as the video of the song is available.
Average Rating : 3.83
Total Vote(s) : 12
Please rate this song between 1 star and 5 stars (5 stars being the best). Just move your mouse on the stars above and click as per your rating. Your rating will really help us to improve our website. 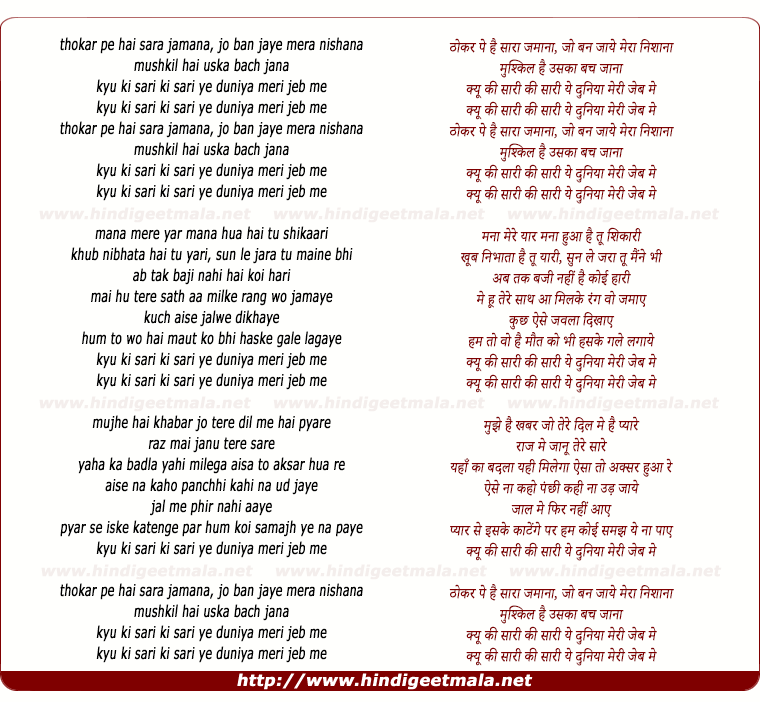 rashidsyed on Friday, February 29, 2008
hey..one of the best Kishore-Rishi's combinations, i've always been a big
fan of rishi, that was a golden era of indian film industry, thanx for
uploading such and excellent song that i've been looking for long time, by
the way it's "thokar pe hai sara zamana" instead of "jo karte hai".. u
could correct it if u want, , greetings!

rashidsyed on Friday, February 29, 2008
u r welcome! "mrs ranbir kapoor".. hahaha, i just checked ur youtube
channel, u've got some good stuff, u can c my videos too, but so far i got
only old classics..