Video of this song from youtube
Average Rating : 4.15
Total Vote(s) : 33
Please rate this song between 1 star and 5 stars (5 stars being the best). Just move your mouse on the stars above and click as per your rating. Your rating will really help us to improve our website. 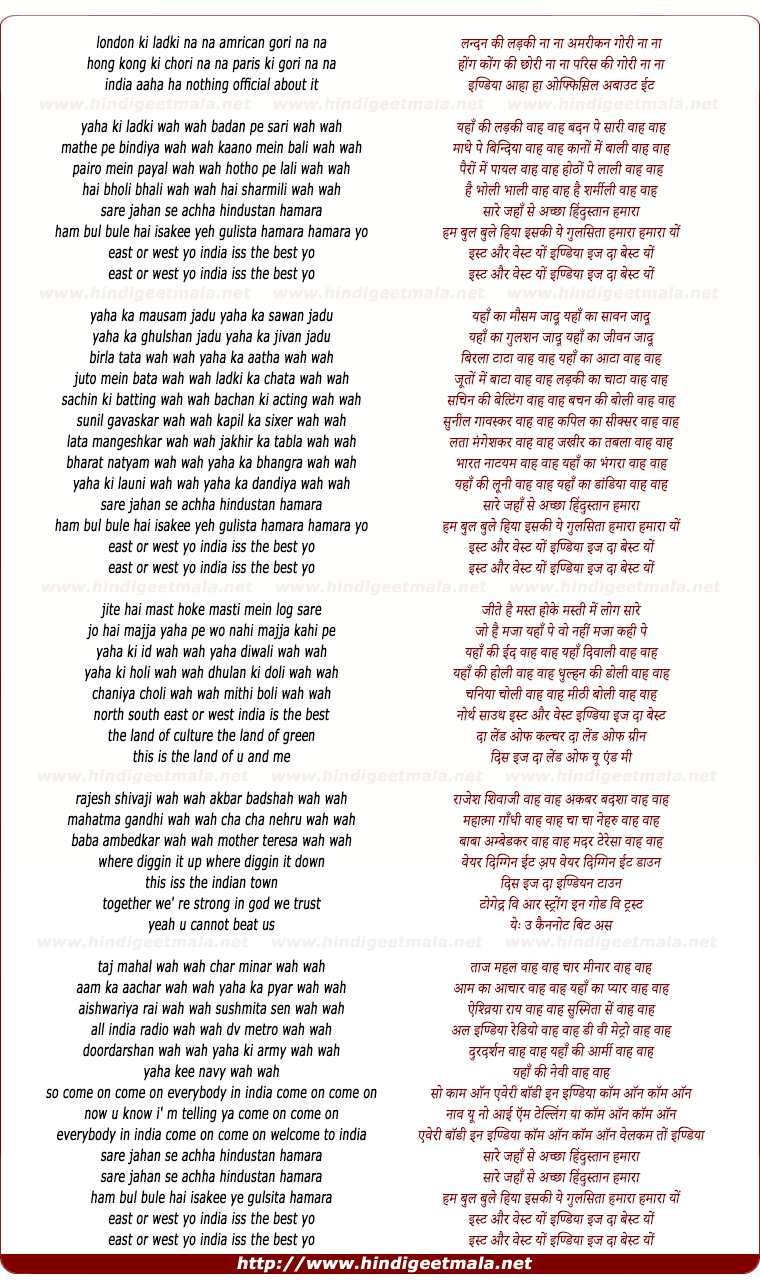 Comments on song "East Or West India Is The Best, Ham Bul Bule Hai Isakee"
RoyalMagnum66666 on Tuesday, April 12, 2011
@Hercu4u "It is widely speculated that Kaif is from London, when in fact, she only lived there for three years before finally moving to Mumbai."
this is from wikipedia too my friend :D

Yangzum4 on Tuesday, September 28, 2010
i was the school House captain, being a salman's fan i chose this song to dance for school function on 15 aug.

lilzunit on Saturday, August 14, 2010
This song and movie was my fav for the longest time... and i was the biggest fan of salman khann.
View all 30 comments related to song East Or West India Is The Best, Ham Bul Bule Hai Isakee
Popular Links on HindiGeetMala