Video of this song from youtube
Average Rating : 4.05
Total Vote(s) : 20
Please rate this song between 1 star and 5 stars (5 stars being the best). Just move your mouse on the stars above and click as per your rating. Your rating will really help us to improve our website. 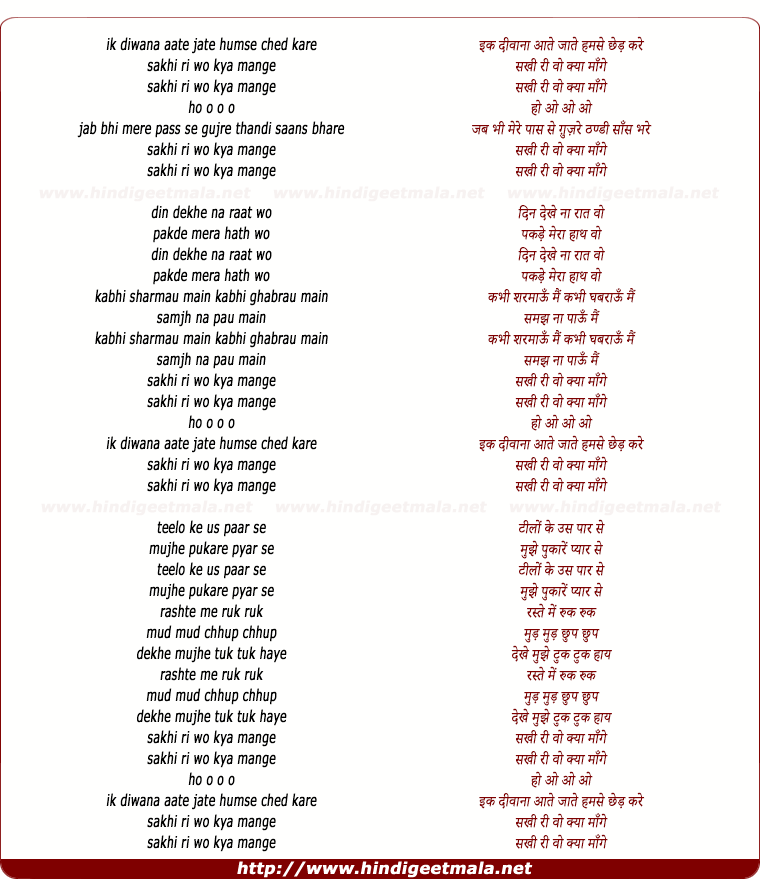 Bharat Gul on Saturday, May 26, 2012
Doesn't AB's voice here sound as if it is wearing ghunghroos? To be sure,
OPN's music creates the melody's thrilling rhythm, yet it also seems to me
that the sounds of ghunghroo-wrapped happy feet have become at one, as it
were, with the zestfulness of AB's voice . Thanks, Ajay.

rumahale on Tuesday, April 23, 2013
Thank you for this rare song - the fact that it is not in the movie makes
it all the more precious.

Ash Loveny on Sunday, May 27, 2012
Thanks so much Ajay Bhai. I requested you only earlier today for it's
upload it. It was so quick, I cannot believe my eyes and ears. Love and
admire you

keshav Bharadwaj on Saturday, May 26, 2012
I have not heard this for almost 35 years thanks a million for this upload
very AB OP song the Dholak is just typical OP signature