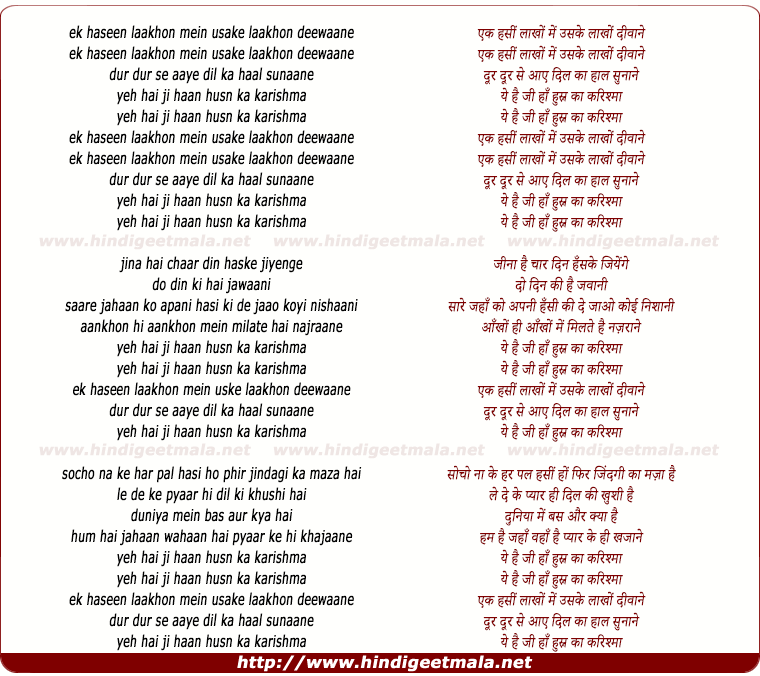 armaanUK on Saturday, March 29, 2008
This is Reena Roy's home-production. It was like a sequel to the super success of Sanam Teri Kasam repeating Kamal Hasan in the lead role, but it flopped miserably.

The three actresses - Reena Roy, Tina Munim and Swaroop Sampat - are dancing in Charlies Angel style. None of them know that Danny Denzongpa has installed precious diamonds in their bodies through plastic surgey... :-)

lapetitediva on Wednesday, April 02, 2008
Thanks for posting this. "Karishmaa" is a Hindi remake of the Tamil movie "Tik...Tik..Tik", starring Kamal and Madhavi in the role that Reena Roy plays in this version. I doubt it will ever be released on DVD, so this is the closest I will get to seeing the movie :) Thanks again.
SatishShah420 on Wednesday, January 26, 2011
This one is really superb! Got it after looking around a lot. Thanks!
rani123456789 on Sunday, March 30, 2008
reena looks the best tina was very prety too idont know the 3rd one.
View all 10 comments related to song Ek Haseen Laakhon Mein
Popular Links on HindiGeetMala