Video of this song from youtube
Average Rating : 4.48
Total Vote(s) : 21
Please rate this song between 1 star and 5 stars (5 stars being the best). Just move your mouse on the stars above and click as per your rating. Your rating will really help us to improve our website. 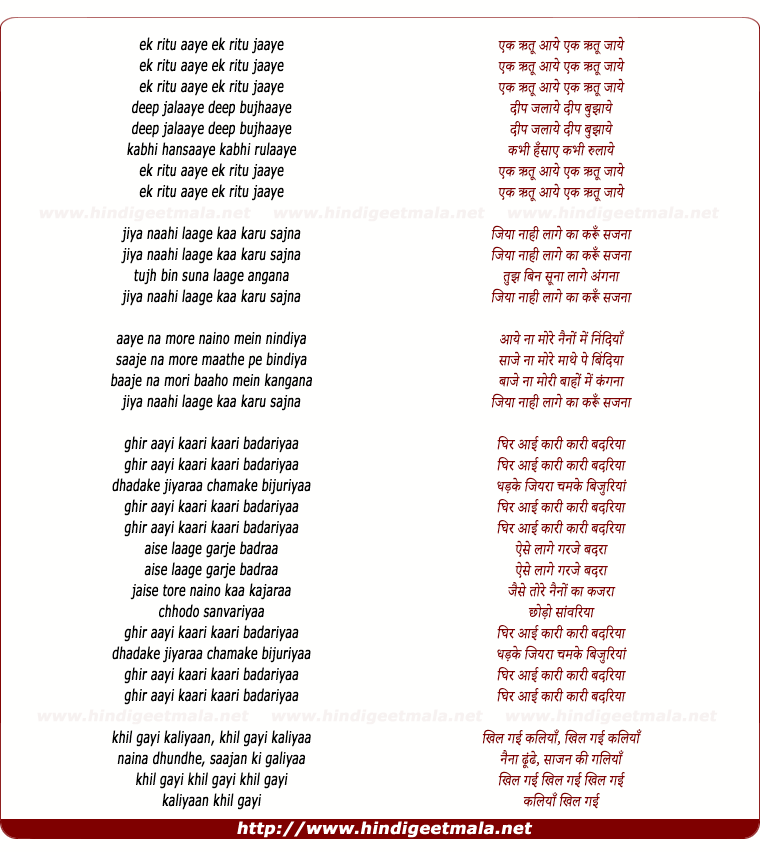 Comments on song "Ek Rutu Aae Ek Rutu Jaae"
Koushik Das on Saturday, April 07, 2012
Awesome song, thanks to keep them alive in youtube. My father have had collection of these songs in tape cassettes, but as they are not playable now I can't listen them. I doubt one thing, that the male voice at the intro was not Manna Dey, he was Mukesh, please rectify if I am wrong. Gosh! I wonder how L&P and other music directors of those days able to compose such heart catching musics with such difficult RAAGAs.
manbearpiggy on Saturday, February 07, 2015
Cannot thank you enough for this complete version. Heard it after such a
long time. Even now, iTunes only has the condensed version. If only HMV
could release a better quality version of this song.﻿

Kirit9745 on Friday, July 20, 2012
thanks for uploading the full song. a wonderful composition by LP. and to
think that they were not many films old at that time!