Video of this song from youtube
Average Rating : 4.54
Total Vote(s) : 354
Please rate this song between 1 star and 5 stars (5 stars being the best). Just move your mouse on the stars above and click as per your rating. Your rating will really help us to improve our website. 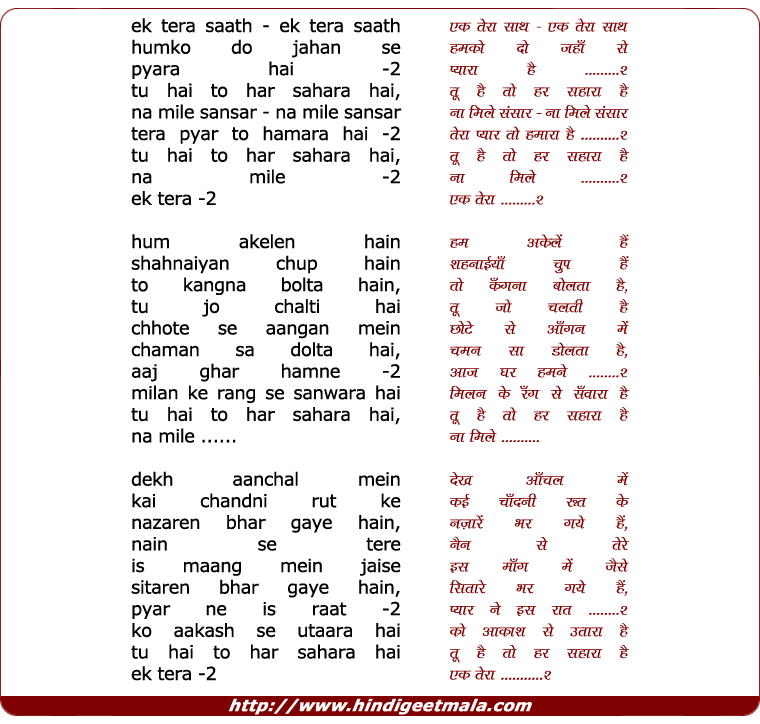 priyadarshini5 on Friday, October 15, 2010
wawww what a beautiful melodious romantic song .. thanks for uploading .. this song reminds me of my college days .. my boy frnd (now my hubby) proposed me by writing the lyrics of this song on a card .
can anyone upload this film please .. would love to watch it

Raja Raaj on Wednesday, September 29, 2010
I do not recognize any of the on-screen artistes, but they will be
remembered for ages, due to the lilting melody, the heart warming lyrics,
and of course, you know its coming, the voices of Lata and Rafi, who are in
my opinion "awaaz ke devi aur devta"

Yogesh Kumar Bhardwaj on Saturday, July 21, 2012
evergreen superhit song by Mohd.Rafi breaking all boundries of continents.
Indeed music knew no boundries. Music has the power to integrate the world
into single string.