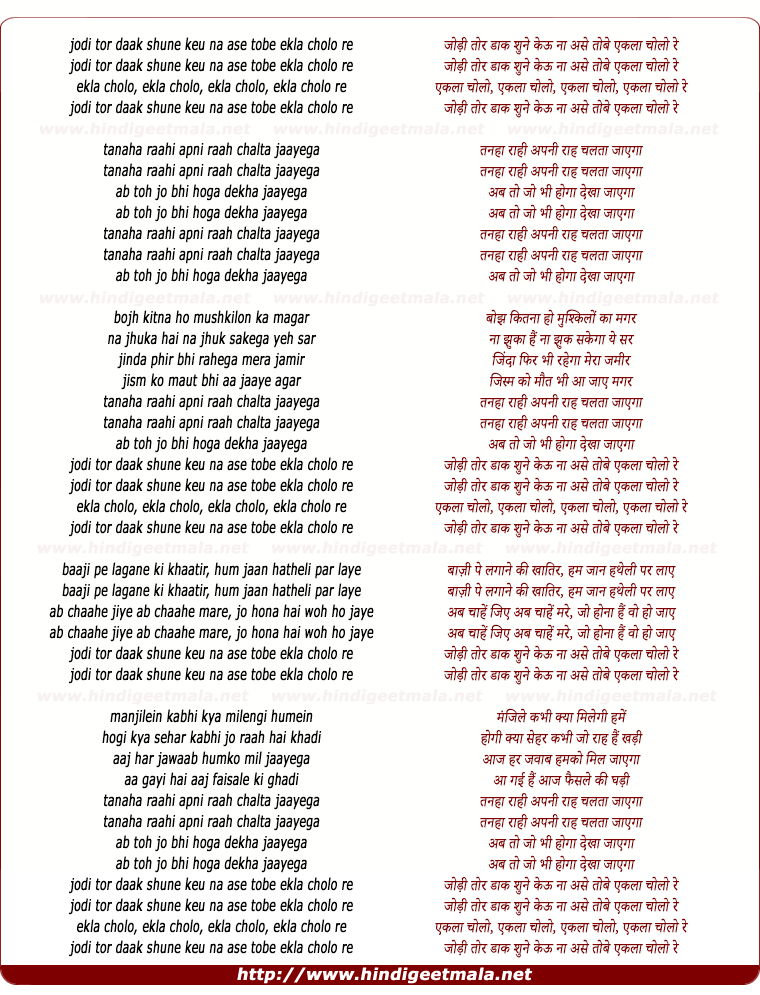 Comments on song "Ekla Cholo, Ekla Cholo"
Ravi rave on Thursday, April 25, 2013
Half Knowledge is dangerous Mr. chaudhari, this song was written and
published in the year 1905, and was influenced by a Bangla Kirtan for
praising Nityanand, a disciple of Chaitnya mahaprabhu, 1905 was the year of
disturbance in Indian History, any ways sources also says that Mahatma
Gandhi also claimed it as one of his favorite song a Nice tribute to
Gurudev by rehman and team, hats off

Manas Chakraborty on Thursday, August 15, 2013
In fact it was the favourite song of former prime minister Indira Gandhi,
who studied in Shantiniketan under Gurudev's guidance for a while...