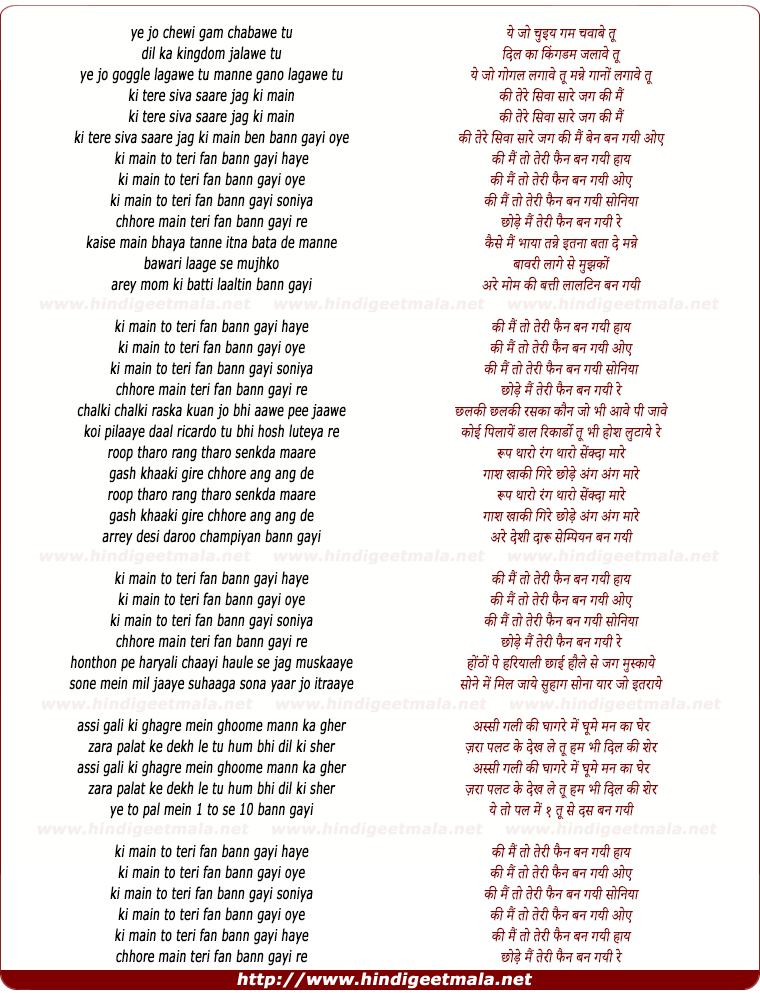 Comments on song "Fan Bann Gayi Ke Tere Siva"
MsColorfulSmiles on Friday, June 15, 2012
Everyone here complaining about Veena Malik is over the age of 30 and im sure they have the old mentality of the last generation.The world is modern. Get over it.
Halima Khan on Friday, January 04, 2013
luv this song, proper culteral song: keep up the hard work veena your
really good in dancing. shabash aise karteh reh mari behen tussi bohut
acchi lag rai hoon

NeeshDFeesh on Wednesday, June 20, 2012
Everyone is complaining that this is "vulgar" or "shameful", but yet you're
still here watching the video. So clearly it's working...

manjeet singh on Friday, June 29, 2012
veena luks too much btful than in channo,bt this song not evr seen in any
music channel. I jst saw in movie.well done veenu.

Brooke Williams on Monday, June 24, 2013
because, that song not only has music but it has scenes of the human body
that is permitted in the religion of Islam.