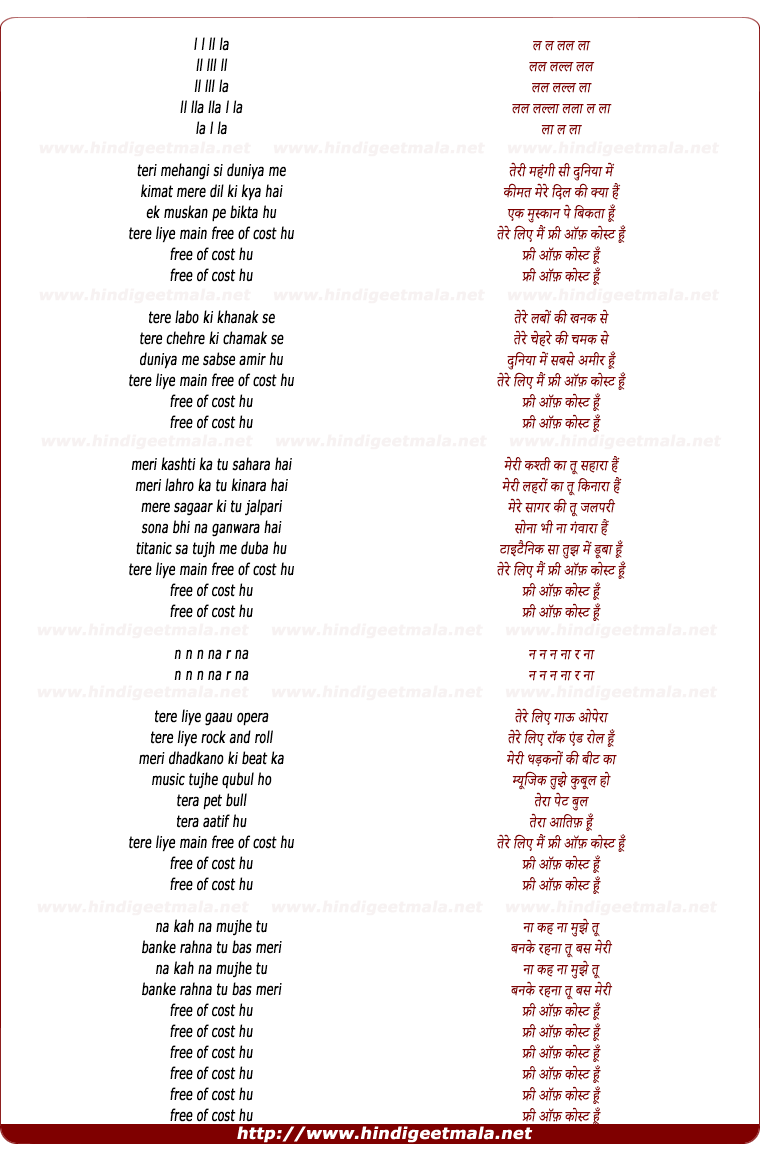 Comments on song "Free Of Cost"
bhawesh bhimani on Sunday, September 07, 2014
The makers should be sued for ripping off such a soulful Bengali song by
Anupam Roy in such a derogatory way. What horrible lyrics. I hope Anupam
takes necessary action against these bag of cheaters. ﻿

Shantanu Mukhopadhyay on Wednesday, March 11, 2015
worst vocal & lyrics... n thus proved that you are worthless ..just copied
another tune is not enough to showcase yourself. ﻿

Abhishek Roy on Tuesday, September 09, 2014
the acting's terrible, so is this man's singing, the lyric's also bad. The
tune of course is wonderful. But copied, ﻿

saumalya1203 on Sunday, September 07, 2014
this is a pirated version of the bengali song "AMAKE AMAR MATO THAKTE DAO"
by ANUPAM ROY.﻿