Video of this song from youtube
Average Rating : 4.54
Total Vote(s) : 48
Please rate this song between 1 star and 5 stars (5 stars being the best). Just move your mouse on the stars above and click as per your rating. Your rating will really help us to improve our website. 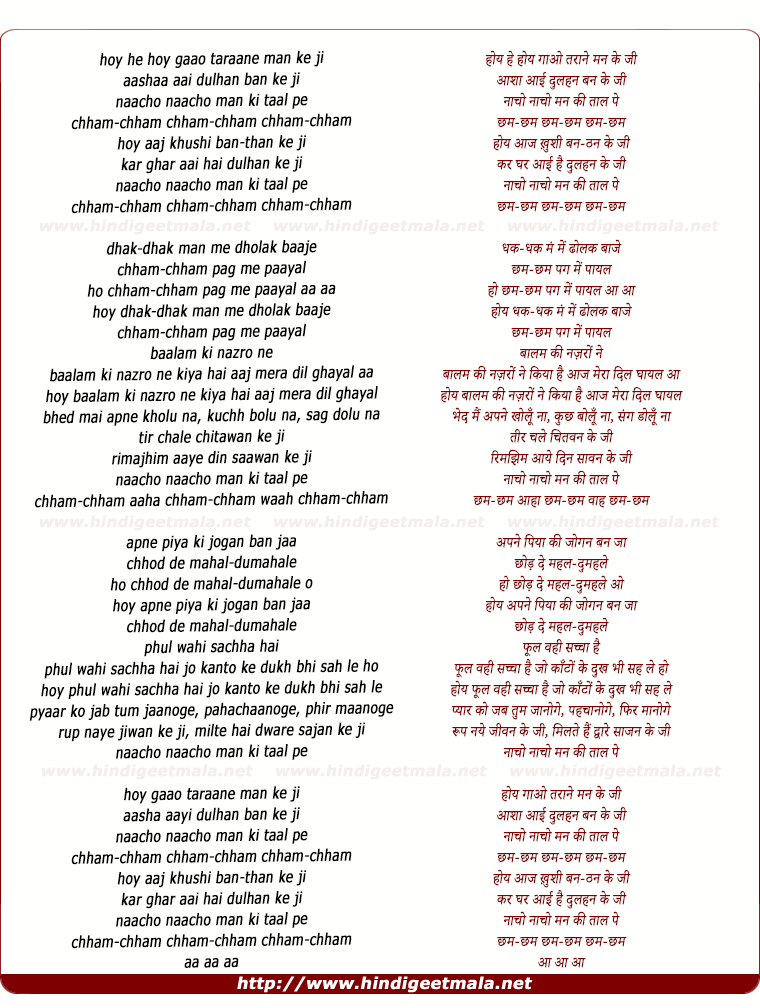 Comments on song "Gaao Taraane Man Ke Ji, Chham Chham"
Riaz Ali on Sunday, October 30, 2011
Chorus songs brought great sentiments in hindi films and the people chased
after good songs. Chorus of film mela and others were so popular. These are
songs which will ever remain alive so far music lover exist. These have
universal appeal devoid of time and period. Thanks.

hira1ft on Thursday, August 09, 2012
Great song, one of my father's best favourite. Beautiful dresses and fine music.
Wish time stood stil..!
Thanks ''erosentertainment'' for giving us back some of our joyous past.

Eleni Kouzari on Sunday, June 24, 2012
I am Greek Cypriot.This song has a Greek version, taken from this original
Hindi song. It was recorded by one of Greece's most popular singers of the
50's and 60's, Manolis Angelopoulos.Can be spelt Aggelopoulos. Enjoy the
Greek version, just as I enjoy the original!

dakusaab on Monday, September 12, 2011
how can you beat this song the great mehboob and naushad ther will be no
other yusuf khan bring tears in my eyes remember my village now ive lost
avery thing very good memorys with song deep sye

shykhan3 on Monday, February 20, 2012
I really love this movie specially the story and its songs ... One of the
most popular movie of Yousaf Khan[Delip Kumar]..thanks for sharing this
mellow song .