Average Rating : 3.90
Total Vote(s) : 10
Please rate this song between 1 star and 5 stars (5 stars being the best). Just move your mouse on the stars above and click as per your rating. Your rating will really help us to improve our website. 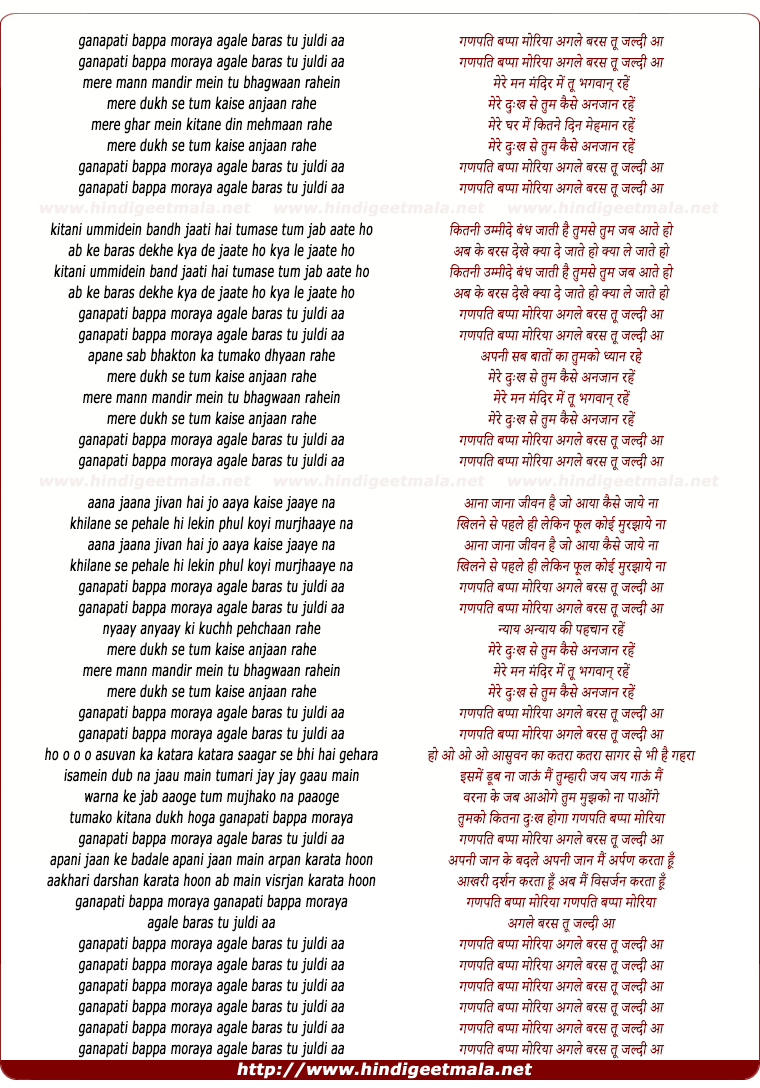 Masti R on Friday, December 14, 2012
One more of R D Burman's stylish songs...not so famous..but I love this a
lot..used to watch it on Doordarshan

barsakus on Sunday, August 02, 2009
This is a nice song. Hariharan's voice suits very well to the situation.

gurugulabkhatri001 on Wednesday, September 19, 2012
What a beautiful heart touching song...We can't celebrate ganesh utsav widout play this song.
westylandgal on Monday, February 21, 2011
for that agyaani insaan who diliked this song i pray that ganesh ji has
mercy on your soul