Video of this song from youtube
Average Rating : 3.00
Total Vote(s) : 3
Please rate this song between 1 star and 5 stars (5 stars being the best). Just move your mouse on the stars above and click as per your rating. Your rating will really help us to improve our website. 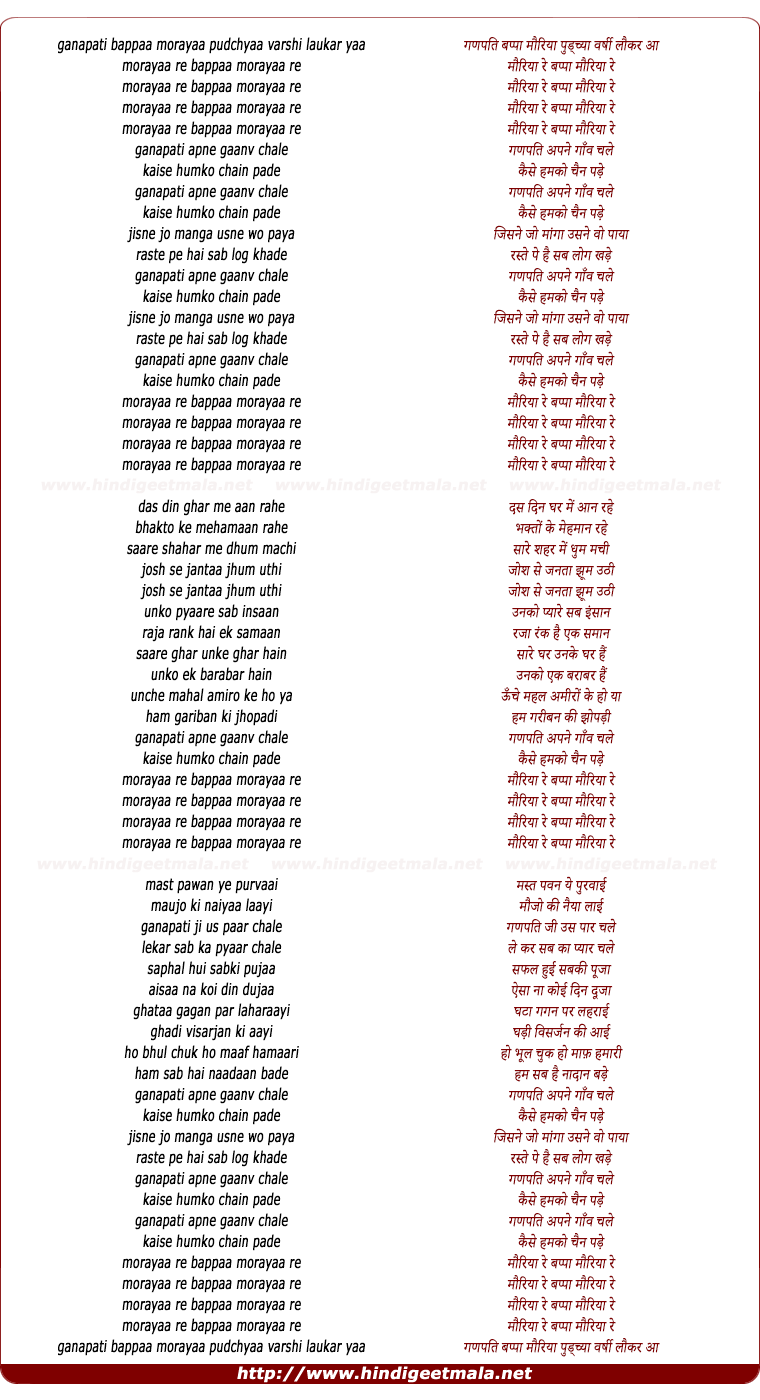 Comments on song "Ganapati Bappaa Morayaa Ganapati Apane Gaanv Chale"
Anjan Lal on Thursday, December 29, 2011
Old is gold. The new version is a big disgrace to the old version. I hate
remixed versions of old movies like "Agneepath". Amitabh is a thousand
times better than Hrithik!

bigheadedm on Thursday, October 18, 2012
the old one didnt do well at the bo, but doesnt mean the new one beats the
old one, the old hits every note i mean the AB death scene with mother
towards the end was truley emotional, everything was good, i mean no
offence the hritick but Ajay Devgan would have doen a much better job in
that role. the mother in the new version didnt really have any proper
emotional scenes with his son in the old one the story was told through the
mother side, and rohini pretty much stole some of the scenes

nazoo25 on Monday, April 23, 2012
correct me if i'm wrong but when the old one came out wasn't it originally
a flop and over time it found cult status.whereas the 2012 version was a
hit from its release date. No doubt the old one is considered great by
many, personally i have seen both and the 2012 version is better as it
carries a lot more dramatic tension and drums in the whole revenge angle.
The old one lacked that i thought. And yes the 2012 Ganesha aarti song wins
hands down again for its climax

cheshmsafaid on Monday, June 24, 2013
Im an Afghan but really fan of bollywood. Know almost 80-90% of movies when
i watch it at home with my family. I wish Mithun never got old! He is soooo
amazing while he dancing! No other heros have still won my heart when it
comes to dancing! Mithun is the actual dancer! Watched this movie tonight
on StarGold and tear comes to my eye. I just love Mithun.