Video of this song from youtube
Average Rating : 3.61
Total Vote(s) : 23
Please rate this song between 1 star and 5 stars (5 stars being the best). Just move your mouse on the stars above and click as per your rating. Your rating will really help us to improve our website. 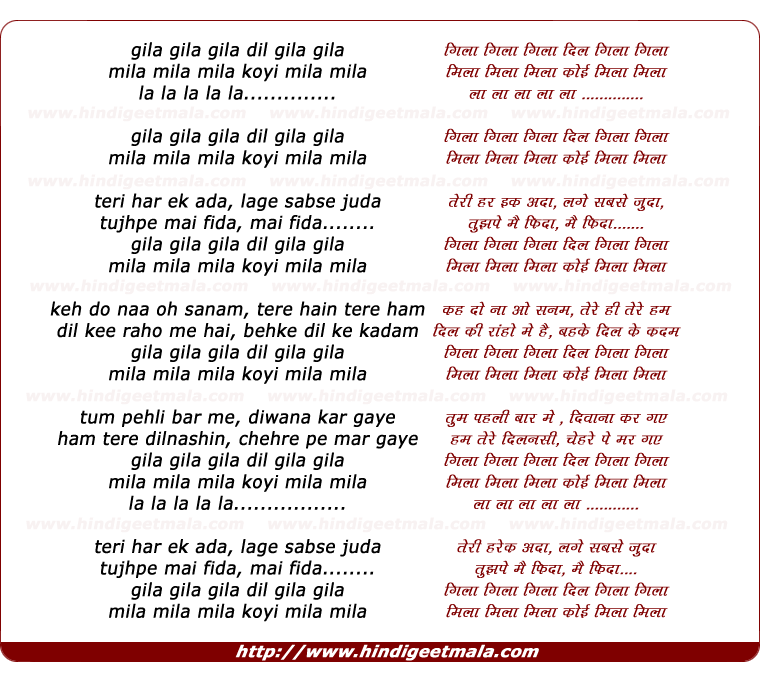 Jerly Pius on Friday, January 27, 2012
@ArjunGeorge07 It's so funny isn't it. Hollywood copies Bollywood tunes for
the songs, but Bollywood remakes some Hollywood movies. Its kinda cool how
they trade off like that.

Ali ahmadi on Thursday, October 22, 2009
Akshay Kumar, WOOOW he is best, I like both of his sounds and movies. he is
the best actor