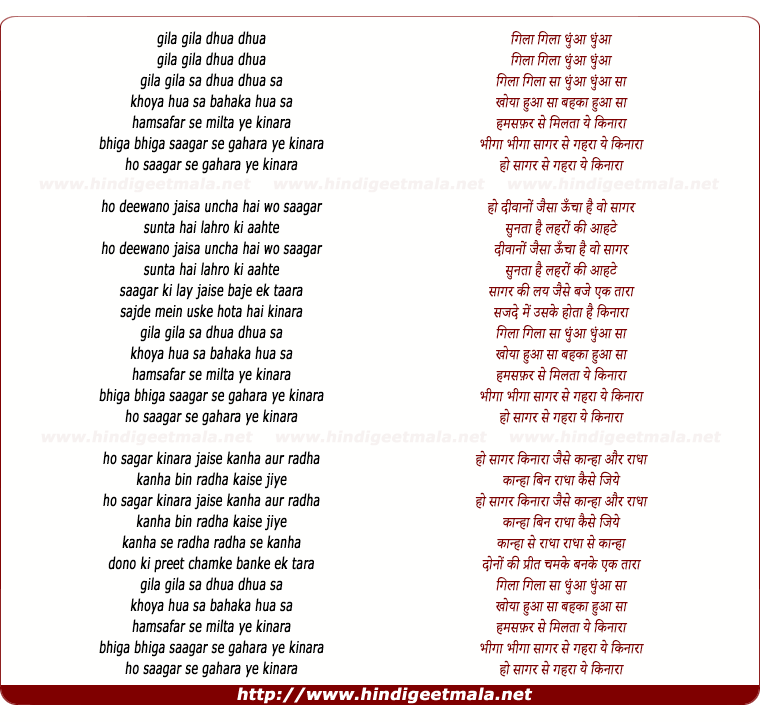 Comments on song "Gila Gila Sa Dua Dua Sa (Kinara)"
sankha mukherjee on Saturday, July 28, 2012
Hello Shanakr. I do not know whether you will read it or not, but I am a
true admirer of your compositions. Among the contemporary composer, I put
you next the great Mozart of Madras. I love all your compositions, but this
one stands alone. This composition is so soothing, just shows what Indian
Classical music is capable of. I do miss Raaga based hindi songs which used
be made before the 80's. Rahman has few Raaga based compositons and they
are amazing. Keep up the good work.

preetam thakur on Monday, August 25, 2014
I still remember the day wen she was auditioning for Sa Re Ga Ma Pa and the
judges were making fun coz of her appearance(matters the least) and the
moment she threw her Crisp voice on the mike..every one was awestruck
and dumbfounded.Hats off to Rahman Saab for producing such a Quality
student KM Music conservatory is proud to have produced such stupendous
artist..Thanks a lot Mr Shankar Tucker to launch such talented
guys.Spellbound﻿

Rajesh Venkateshulu on Thursday, July 19, 2012
I know for a fact that our (Indian Classical) music is the oldest form of
music in the world and Carnatic music has treatises as old as 4000 years
old and that means it is atleast few more thousand years older. And you
listen to other eastern and even western basics of classical music, they
are all influenced by Indian folk and classical and hence Indian Classical
music is the mother of all musics in the world.

Rajesh Venkateshulu on Monday, June 25, 2012
Hi I was, few years back only into western music, but my love for great
singing made me explore more and I was able to find out and feel proud of
the fact that Indian singers are the most perfect and best singers in the
world. 99% of Western singers (Pop,his-hop, rap,rock all genres) don't know
how to sing properly. They shout and scream for high notes and for low
notes they squeal in their nose.

Prathibha S Ramachandra on Saturday, June 23, 2012
my heart is filled with the beautiful pleasures of music and lyric!!
listening to this repeatedly!! In love with mugdha's sweetest voice... its
just like a newly owed silk thread... ultimate comparison of ocean-bank to
radha-krisna.. excellent work mugdha madam.. i find shortage of words to
appreciate shankar sir and other music mantriks..!! simply loved this!!