We will add as soon as the video of the song is available.
Average Rating : 3.00
Total Vote(s) : 6
Please rate this song between 1 star and 5 stars (5 stars being the best). Just move your mouse on the stars above and click as per your rating. Your rating will really help us to improve our website. 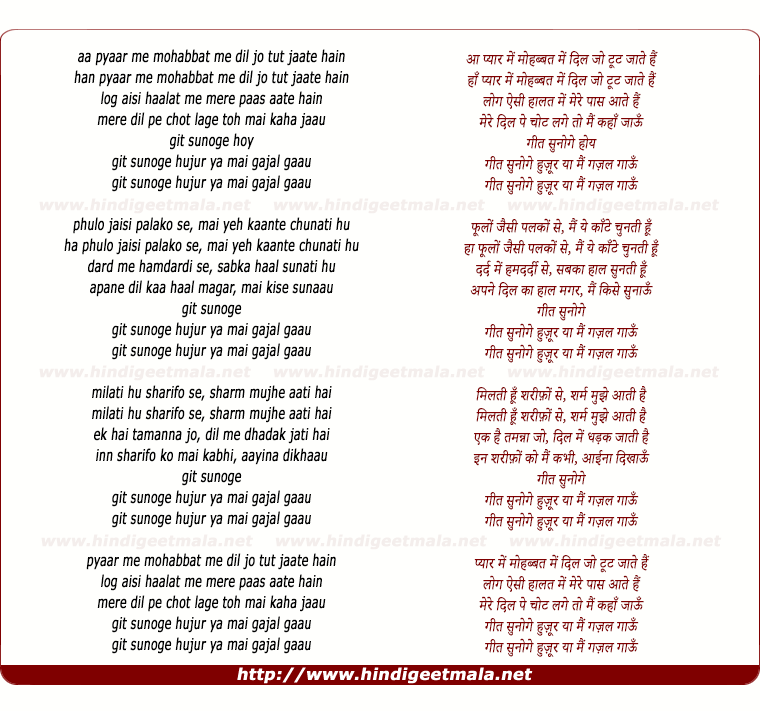 armaanUK on Saturday, May 10, 2008
Reena Roy with the very youthful Sanjay Dutt of Rocky. Reena had a small role in Rocky but her scenes were very emotional and powerful. Sunil Dutt also directed Reena in Daku Aur Jawan and Dard Ka Rishta.
rani123456789 on Wednesday, May 14, 2008
kya baat hain is ghazel ke,reena looking khoobsurat.
pamkaur32 on Tuesday, February 07, 2012
love this song
Popular Links on HindiGeetMala