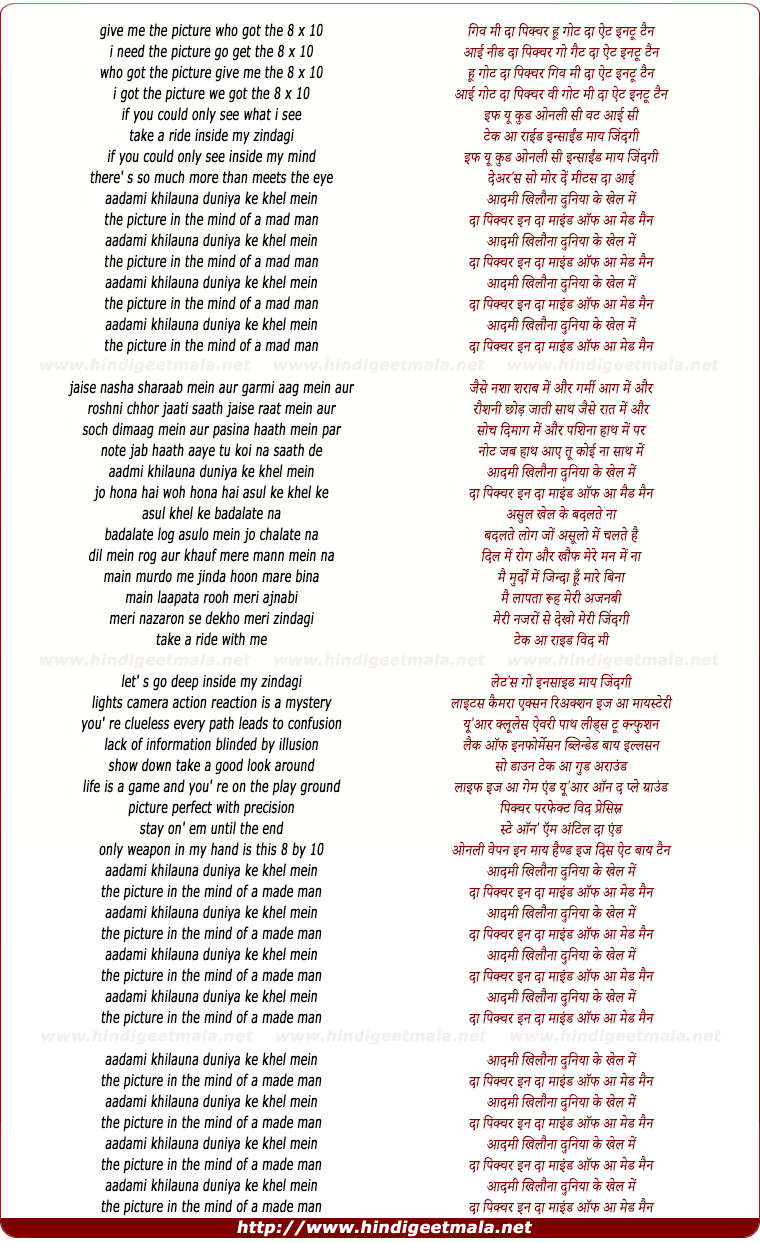 Comments on song "Give Me The Picture, Aadami Khilauna Duniya Ke Khel Mein"
chof0319 on Wednesday, March 18, 2009
well he is far better than srk and amir, and comedy is hardest part of acting, srk is a chaampoo khan that shouldn't be compared with the khiladiyon ka khiladi.
akorgaokar on Friday, March 20, 2009
Hey enigmaticicon or whoever...i'm no akshay kumar fan..but dude c'mon!!!
Go learn some english man. Being underrated is actually a good thing!!! LOL
LOL.this is too funny!! So let me guess...ur a shah rukh fan arent u??
Its ppl like u who have started this 'rivalry'! the actual actors must be
laughing together at these posts!

akorgaokar on Thursday, March 26, 2009
thanks for that peabrain!!! U have no idea how much I enjoyed that...havent
laughed like that for ages...LOL LOL.have a nice day in 'brazil'!!!