Average Rating : 4.35
Total Vote(s) : 46
Please rate this song between 1 star and 5 stars (5 stars being the best). Just move your mouse on the stars above and click as per your rating. Your rating will really help us to improve our website. 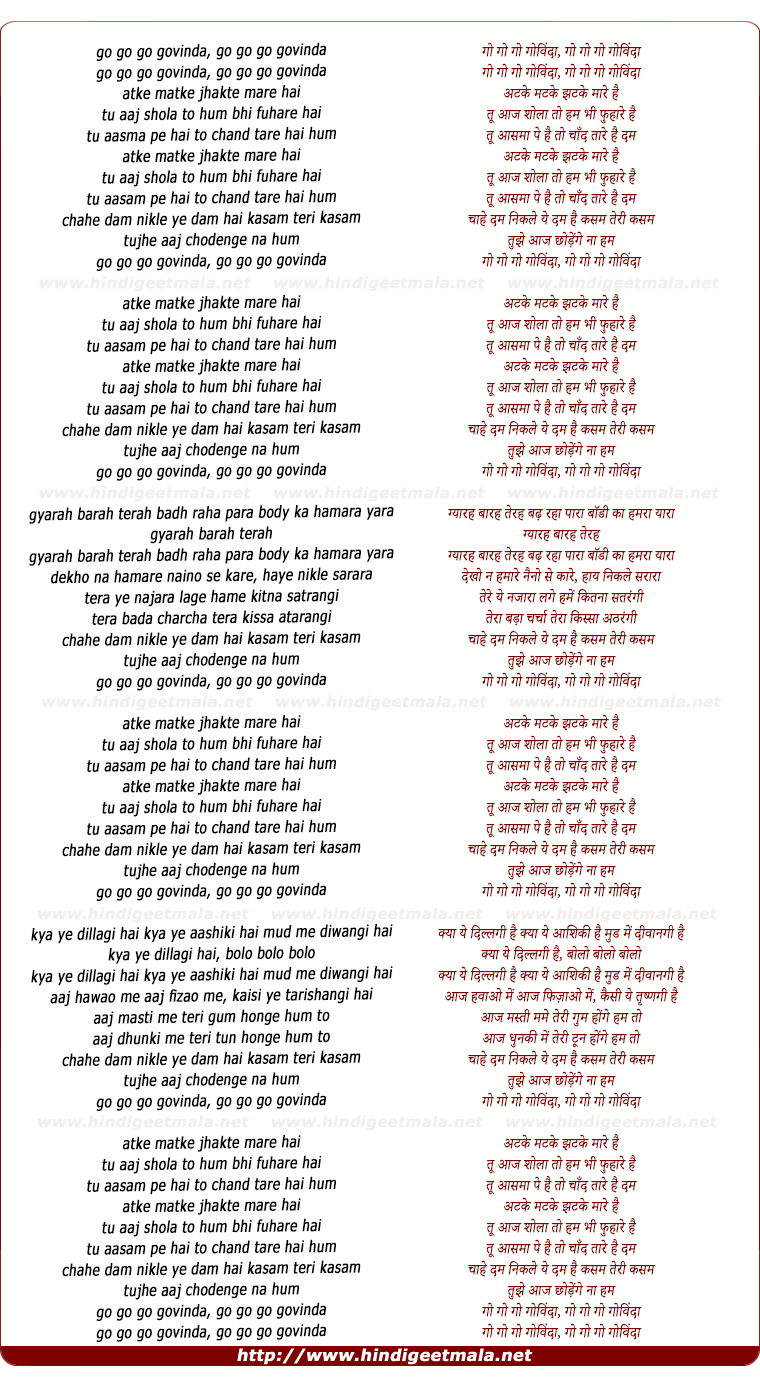 Comments on song "Go Go Govinda"
Cationna on Wednesday, February 06, 2013
I don't know much about "corrupt India", but I have to say one thing: I
don't think it's fair to judge or be prejudiced against someone solely on
the basis of them being related to someone already successfull. Artistic
talents really do run in a family, and the atmosphere of the house is
influential. People who choose to be in the same industry as their
parents/relatives deserve to be viewed as their own selves, too. Then
there's the question of fair promotion, but that's a different story...

Cationna on Thursday, February 07, 2013
Well, if you say so... I wasn't "defending" her, though, I was trying to
discuss the matter generally :) As I said, I agree there are cases of
promotion not founded on actual merits. (I hope we'd also agree it's not
Sonakshi's case :)) The question of promotion is so complicated, though,
it's rarely fair... But then, promotion's not everything: not all good
stuff gets a chance to shine, but people don't stay in business, not for
long, if they don't earn it, no matter how hard they're pushed.

Vandanaaaaa on Tuesday, October 23, 2012
Sonakshi is very beautiful & has great facial expressions & is in no way fat, but she doesn't make these moves look effortless like she should be. I'm sure he tried very hard but dancing isn't quite her forte. Just my own personal opinion.
druboful0 on Wednesday, March 06, 2013
I agree with you , money and power plays a major role in India.but I
think acting is highly related with DNA.In addition there are many
actors who came from nothing.