Video of this song from youtube
Average Rating : 4.47
Total Vote(s) : 70
Please rate this song between 1 star and 5 stars (5 stars being the best). Just move your mouse on the stars above and click as per your rating. Your rating will really help us to improve our website. 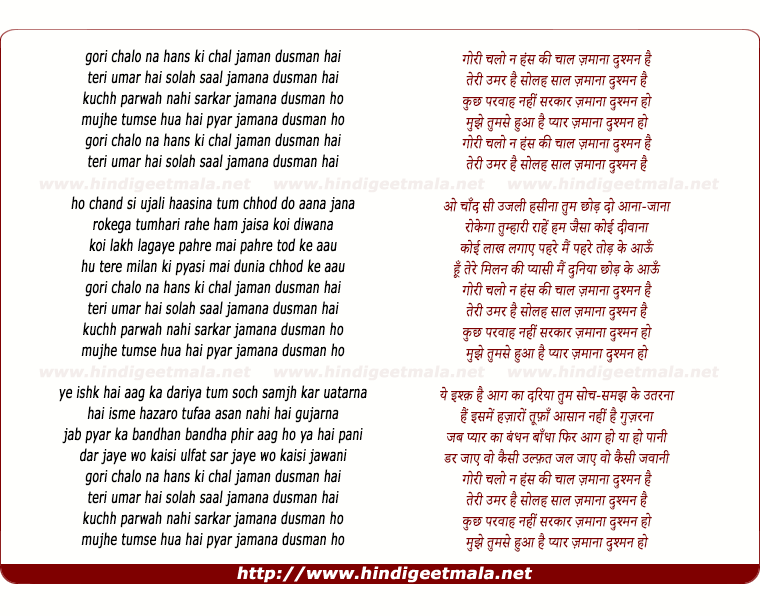 Mona Kar on Sunday, September 12, 2010
please upload the movie beti bete thanks and jaal the old movie bisajeet
and mala sinha plese let me know i am waiting thanks a lot.

Subhash Acharya on Saturday, August 24, 2013
Singers : Mohd. Rafi and Asha Bhosle. MD: Shankar Jaikishan
Punjabilad60 on Thursday, July 23, 2009
I was born listening to Mohd Rafi, he is my Hero. Even I do not have the words that can describe this wonderful man.
Now, Rafi is not amongst us, but that divine voice and soul will never fade from this earth. He was, and remains, a major force in film music, the music of love, despair, hope, humoretc. Rafis voice had the healing capability. His music is as calm, as raging, as deep, as beautiful. It is the manifestation of the goodness and the divine. God Bless Him for ever. Ameen.

Niraj Jha on Thursday, January 20, 2011
I owe it to my parents to introduce me to such soulful songs early enough
in my life. I did not understand or like these initially but slowly when I
developed my taste in music, I would just remember these songs even without
listening to them. Then I would go back home from college and listen to
these songs. Thanks papa and thanks mama, without your guidance I was
nothing in this life..